Electronics use amongst children and teens is becoming more and more of a debate in our society. How old should children be before using technology, how much should they use it, can it be used safely – these are just a few of the questions parents and caregivers are asking.

Canadian guidelines have recommended no more than two hours of screen time per day at age five, and less than an hour a day for three-year-olds. Now, a Canadian study in 2019 is suggesting that even less screen time is better – about 30 minutes a day at most.

“The two big takeaways from this study are that children exposed to more screen time, at either age three or five years, showed significantly greater behavioural and attention problems at age five and that this association was greater than any other risk factor we assessed, including sleep, parenting stress, and socioeconomic factors,” said Sukhpreet Tamana in NeuroScienceNews.com. Tamana is the study’s first author.

As it turns out, adult caregivers are not the only ones concerned about screen time. “Younger children are also increasingly likely to worry they may be spending too much time online, and rely on their parents to restrict their time on devices or to give them devices with limited functionality,” said Dr. Valarie Steeves, an associate professor with the Department of Criminology (Faculty of Social Sciences) at the University of Ottawa. “This actually makes it easier for them because it creates barriers against being ‘always on.'”

In other words, not only should you limit your child’s screen time, but they want your help and guidance with this.

The same study had a few suggestions for parents and caregivers, based on their findings. A great way of protecting children from the negative effects of screens is by participating in organized sports. It had a more significant impact than good quality sleep did, though the benefits of sleep should never be underestimated.

Even though screens are part of our lives, we can still attempt to find balance in our technology usage. In finding that balance, technology writer Melanie Pinola suggests that parents should be on alert for signs of unhealthy screen usage. These would include children complaining that they’re bored or unhappy when they don’t have access to screens, tantrums or harsh resistance in response to screen time limits, or screen time interfering with sleep, school, and face-to-face communication.

Another major concern with technology that parents and caregivers have is online safety, especially from online predators and cyberbullying. However, the light that has been focused on these topics in recent years is causing children to be far more savvy about online dangers.

“Social science research indicates that concerns about predators are greatly overblown and kids aren’t looking for help with that kind of problem both because it’s so extremely rare and because they typically know to “unfriend” anyone in suspicious circumstances,” said Dr. Steeves.

In fact, even cyberbullying is changing. “Kids we’ve talked to recently are much more likely to be concerned about the mean behaviour that adults online are modelling – through poor language, personal attacks and trolling,” said Dr. Steeves, “They’re increasingly saying that adults are hypocritical because they tell children not to be mean online but the general tenor of online conversation among adults is bullying.”

Privacy concerns are also often a topic of discussion in relation to today’s digital world. However, while teens often share the same privacy concerns, they also have another concern – specifically privacy from parents. “Tech companies often encourage parents to friend their teens on social media and demand their passwords, but this tends to teach young people that their parents don’t trust them. That approach – which kids equate to ‘spying’ – is likely to backfire,” said Dr. Steeves.

Instead, parents are better off building trust and modelling healthy tech behaviour. “Don’t use your phone when you’re with your kids, turn off media in the car so you can talk, and make sure nightly dinnertime is device-free – so they model healthy behaviour themselves,” Dr. Steeves recommends.

Communication is also crucial when it comes to teens and technology. “It’s also important to keep the lines of conversation open by not jumping to quick judgments when conflicts or problems arise,” said Dr. Steeves, “teens are much more likely to ask their parents (and their teachers for that matter) for help if they know the decision-making won’t be completely taken out of their hands and that they’ll have a say in finding a solution that works for them.”

For parents looking to have their children have a break from technology this summer, it may be advantageous for them to also take part in a technology break. While that can be difficult for parents to limit their time using technology due to work and other responsibilities, time can help. If parents introduce and maintain technology-free times, like while eating meals, in the car, and before bed, they can save these times for talking or reading before bed.

The 4 M’s of Managing Screen Time

MediaSmarts, a Canadian organization devoted to developing digital and media literacy programs and resources to families, has developed the 4 Ms on managing your children’s screen time.

MINIMIZE your child’s screentime, especially for young children. In fact, the Canadian Paediatric Society recommends that children aged 2 and younger should get no screen time at all – not even shows or apps that claim to be educational. In older children, it can be helpful to teach them balance, that like many other things, too much screen time can be unhealthy. Set up screen free times and zones to help with this. For example, bedrooms and dinner tables are two good examples of where and when to be screen free.

Use screens MINDFULLY. Choose watching or playing with a screen as a specific activity instead of just using it as background noise. This will help build healthier screen habits in your children.

MITIGATE the effects of media by making sure you know what your children are watching and doing online. Establish house rules on safe screen/media usage, and be sure to talk about what they see online.

Act as role model, and MODEL good screen habits for your children. It’s important to consider what message you may be unintentionally sending your children.

For more information, visit the MediaSmarts website at MediaSmarts.ca.

Family Information Line Virtual Counselling Any Time For Any Reason 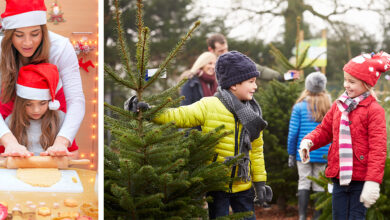 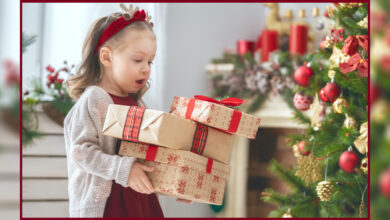 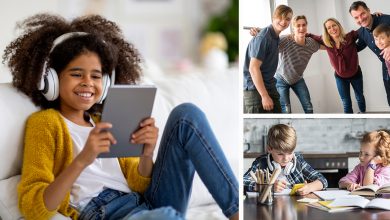 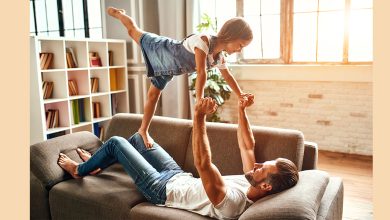 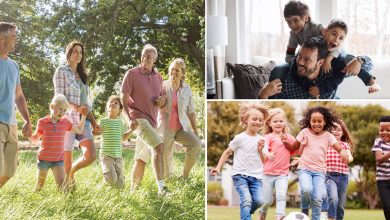