The Canadian Armed Forces’ elite Demonstration Squad, the Snowbirds, will resume flying this week after an operational pause kept them grounded for nearly two months.

However, due to the lack of practice over the last several weeks, the Snowbirds remaining schedule for 2022 has been cancelled.

“Thanks to the thoroughness of our investigative processes, we have been able to conduct a complete risk analysis that has shown it is safe for the CT-114 Tutor fleet to resume flying. While we are all very pleased the team can resume flying, the decision to cancel their remaining performances was a difficult one. Looking forward, we will provide the Snowbirds with the support they need as they build towards their 2023 show season,” said MGen. Huddleston also the Operational Airworthiness Authority for the Royal Canadian Air Force. 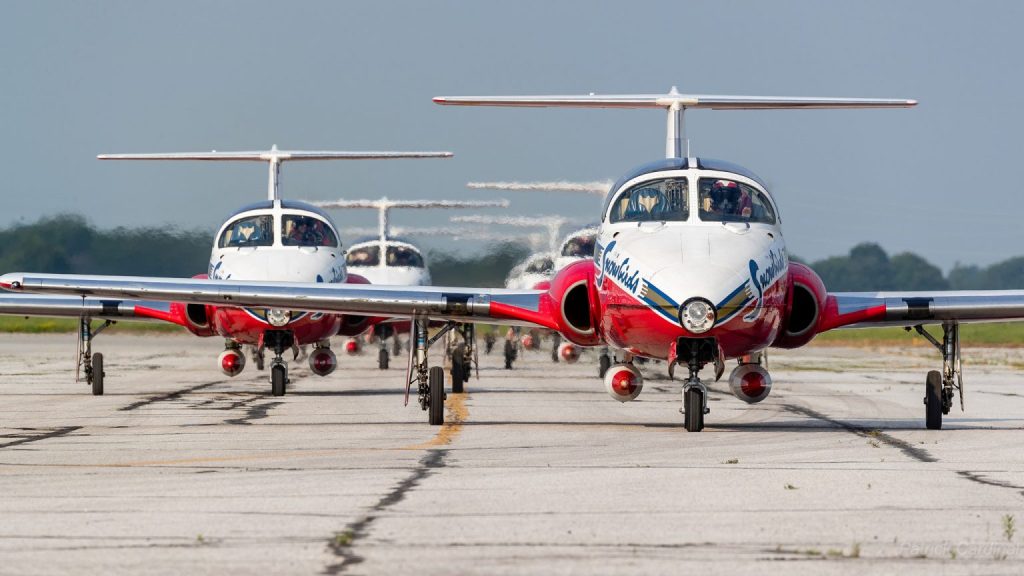 Snowbirds Takeoff After More Than a Month

The Snowbirds were grounded after an accident involving a Snowbird CT-114 Tutor aircraft took place on Aug. 2 in Fort St. John, B.C. The pilot, who was the aircraft’s sole occupant, was able to land immediately. Although the plane was damaged, the pilot was uninjured.

According to a Department of National (DND) press release, an operational pause was implemented on Aug. 8 by the Operational Airworthiness Authority. The decision came after consultations with RCAF’s Directorate of Flight Safety (DFS) investigators and with experts from the Technical Airworthiness Authority within the Department of National Defence’s Assistant Deputy Minister (Materiel).

Human Factors May Have Contributed

The investigation by the RCAF’s Directorate of Flight Safety is ongoing. However, according to DND, the investigation has yielded enough information to determine that flying is now safe. According to initial information from the report, the engine failure was “due to an improperly assembled oil filter.” The team is now investigating, “human factors that may have contributed to this occurrence.”

Snowbirds Fly at Home Base

According to DND, because of the type of high proficiency, skill, and practice needed to perform, the Snowbirds will not be able to resume their scheduled shows for the rest of the year.

“While we are happy that we can safely resume flying, we are very disappointed that our season ended so early. Our focus now is to get back in the air, get our jets home, and start working on preparations for next year’s show season,” said LCol. Denis Bandet, Commanding Officer 431 Air Demonstration Squadron.

The 431 Air Demonstration Squadron, known as the Snowbirds, is a highly elite and trained air demonstration team that performs at events throughout North America.

The DND press release stated: “The Snowbirds showcase the high level of skill, professionalism and teamwork inherent in the members of the Canadian Armed Forces.”