Her Majesty’s Canadian Ships (HMCS) Oriole and Glace Bay will be the Royal Canadian Navy’s ambassadors on the RCN’s annual Great Lakes Deployment.

According to a Department of National Defence press release, “GLD provides Canadians with a unique opportunity to tour one of Canada’s naval ships and to learn about life in the RCN from our sailors. Canadians will be encouraged to stop by, say hello, and speak to our sailors about their experiences on domestic and international operations.

“It also provides a learning opportunity about the different trades available in the RCN and hear stories and anecdotes directly from sailors who have chosen the challenge of a career at sea.

“If you want to learn more about the Navy, come and see for yourself this summer.”

HMCS Oriole will deploy on the Great Lakes Deployment from May 13 to August 31, and HMCS Glace Bay will deploy from June 24 to July 29.

HMCS Oriole, which is the RCN’s longest-serving vessel, will visit the following cities: 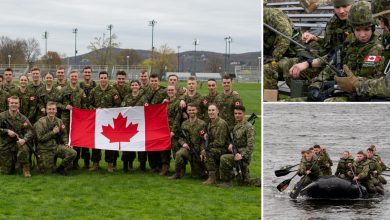