In 2007, the stretch of highway 401 that lays between Trenton and Toronto was named the Highway of Heroes. In 2009, a good friend of Kerri Tadeu, Major Michelle Knight-Mendes, was carried down the Highway of Heroes after she lost her life while serving in Afghanistan. Since then Tadeu and retired MCpl. Collin Fitzgerald have continued their commitment to keeping the Highway of Heroes free of garbage and other debris.

They call themselves SerViCe (Soldier, Veteran, Civilian) and they started their spring clean in April 2018 and finished on Mother’s Day dedicating their 2018 Spring Clean to Mothers of Fallen Soldiers. In particular Silver Cross Mothers Anna Loveman, Mother of Private Kyle Sinclair, Beverley Todd, Mother of Private Tyler Todd and Dianne Knight, Mother of Major Michelle Knight Mendes who cleaned the Highway of Heroes with them this Spring.

If that wasn’t remarkable enough they also had a special volunteer from Denmark, Jesper Boel, former support for Team Denmark at the 2017 Invictus Games.

Boel said he met Tadeu and Fitzgerald in Toronto last year at the Invictus Games, and they introduced him to the Highway of Heroes and their adoption in Honour of Major Michelle Knight Mendes. Boel kept in contact with them over the winter and planned a trip for May 2018 to fly to Toronto and help with their cleaning efforts as he was so inspired by what Canadians do to Remember the Fallen and help the ill and injured Veterans.

While they were in Toronto, Boel said they cleaned the Highway of Heroes  with Toronto Police Officers, Princess Patricia Canadian Light Infantry Veterans and Private Tyler Todd’s Mother, Beverly Todd, family friends Trevor Baer and Dean Petigrew who run the Annual Private Tyler Todd Event in Plattsville which has raised over $350,000 for Wounded Warriors Canada.

Over the six-week period the group has been cleaning, they managed to collect over 300 bags of garbage.

Learning of this, Princess Patricia Canadian Light Infantry Veteran Bruce Frampton made a donation of a $1,400 gas card from CannaConnect and Med ReLeaf. The donation will be processed through Dave Sopha’s Portraits of Honour Foundation.

“To pay for our gas on our journey up and down the Highway of Heroes,” said Tadeu. “This is incredible for us and we are so grateful for the support.” 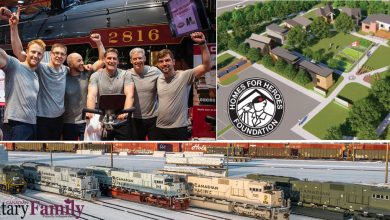 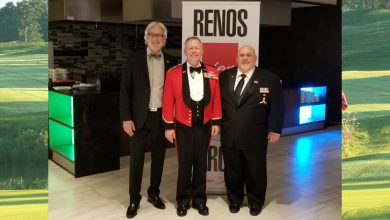 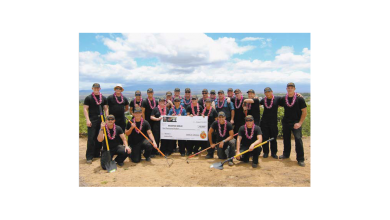 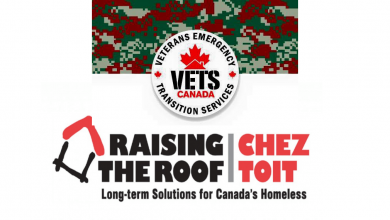