A typical seven-year-old boy has his hands full with school, maybe a few hobbies and lots of time playing with family and friends, but Matthew Rafter was not your typical seven-year-old. As part of a military family Matthew had moved six times by his seventh birthday and at that point decided it was a great time to start his own business.

“At my school we had a program where we folded compost bin liners (from old newspapers) and once it stopped I thought it’s kind of a waste not to use these and I thought it would be a good idea to keep going, so I folded them and would go around my neighbourhood and sell them out of my wagon,” explained Matthew.

Three years later and M-Company  is going strong with a strong customer base in Ottawa. He currently has two products in its line: premium bin liners and economy.

“The first time we folded 50 per week, now I have four or five orders a week, so 200-300 bin liner orders to fill. The average order takes a day. It takes a week or two to fill a large order,” noted Mathew

He says it was his mom Cathy, a retired Canadian Forces member and entrepreneur herself, who inspired him to start the company. Cathy says it’s been amazing to watch Matthew grow throughout the process. 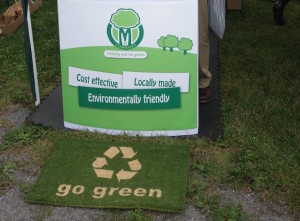 “It’s the incidental learning, the skills that he’s developing in customer service and customer relations are excellent and being accountable for promises that you make. It’s helping him develop a level of maturity and responsibility, not many 10 year olds open the paper to check their stocks,” said Cathy.

Investing in mutual funds are one of three areas Matthew is allowed to spend his hard earned dollars, the other two being savings or donations to charity. So far M-Company has sponsored a coach from Matthew’s Taekwondo club to attend the 2013 World Championships and has donated funds to the Hope For Wildlife Society in Halifax, Nova Scotia. Matthew’s parents, his dad is an Air Force Logistics Officer, help fold liners if needed and mom Cathy takes 10 per cent of Matthew’s profits to cover overhead.

“I wanted him to understand all the money that comes in is not purely profit. The 10 per cent goes toward marketing materials, the wagon needing a new wheel, those type of things,” explained Cathy.

Also included in that overhead is the cost of M&M’s for Matthew’s sister when she helps him fold his bin liners.

When it comes to advice for other young business people Matthew said it’s key that you are talking to your clients and that you are always polite. When asked about the ups and downs of business life he admits, “The hardest part is probably the simplest but hardest, keeping up with the orders. The best part about it is being able to spend some time with my mom and dad on something productive that can help all of us.”

**This article was originally published in our Fall 2014 issue.** 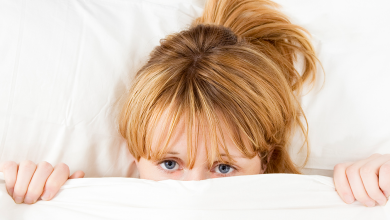