There I was a 20 year-old, Anglophone, newly married military spouse in a predominantly francophone community in a foreign country and alone.

Bob and my story made sense to me in 1991. We obviously knew what we were doing, I was 19 he was 22 and we had spent three weeks together. Marriage seemed like the next logical step. However that is when the “romantic fairy-tale” Michelle changed to “decisive realist” Michelle. We got married on Thursday March 5th, 1992 in his parent’s living room in Orleans, Ontario. My dad was my maid of honour.

Life lesson #1: be ready for plans to change.

It took a month for all the paperwork to go through and by the time it was all processed I was given 24 hours notice, I was booked on a flight to Germany to be with my husband.

The PMQ’s in Germany came basically furnished. I remember walking in, and Bob showing me proudly what he had bought for us. Although we had no cutlery, towels, or dishes, Bob was over the moon happy with the spice rack and his Snoopy twin size comforter and sheet. Hooray Levesques!

Reality hit quickly. Lahr Germany was not Pembroke Ontario. I cried a lot.

Life lesson #2: You are on your own. You choose your destiny.

After I mourned my move I decided it was time to get a job. Luckily, I had the chutzpah of a 20 year old and I was hired at a daycare where 75 per cent of the children were 100 per cent francophone. That was not a big deal for me. The toddlers were learning to speak French, so I decided I would teach myself French.

So there we were living the dream in Germany.

Life Lesson#3: Your husband will never be home.

Things were going well until he announced he was leaving.

“Michelle, I have to go to Chilliwack B.C. for six months for my CPL course,” Bob informed me.

My response was simple, “Huh? What’s a corporal? What am I supposed to do?”

He simply stated, “You stay here Michelle, you can’t come on course with me. I won’t be able to talk to you for the first little while, but I’ll call when I am allowed. I’ll write you everyday.”

I cried. Back in 1992 we didn’t have computers, email or cell phones. Most of Bob’s friends were francophone. Awesome people, but as I spoke toddler level French there was a bit of a language barrier.

Life Lesson #4: Don’t knock it till you try it.

To keep myself busy I joined a ladies bowling league. I had bowled twice in my life, so I figured it was time to go pro. However, it was more like a comedy hour. Apparently I bowled as well as I spoke French. I lived on nachos for supper every night for a month, because, I could. I wrote Bob a letter every single day. I have no idea what I wrote about, but I made the most out of the situation. I was in Germany! Six months of our first year of marriage was spent apart, but we made it.

Today Bob and I are still married. We have spent over half our married life apart from one another. I think I was made to be an army wife. Fortunately, with the advances that have been made in technology over the last 20 years current military couples will not experience waiting months for a letter by snail mail or a phone call every two or three weeks like we had to. I admit, today I cringe a little when I hear how hard it is for current military spouses whose husbands are away in the field. Is being 43 old enough to start a sentence, “Back in my day…”?

Maybe Bob’s an old warrant officer and I’m his crazy wife, but we are together and we have awesome stories.

**This article was originally published in our Fall 2014 issue** 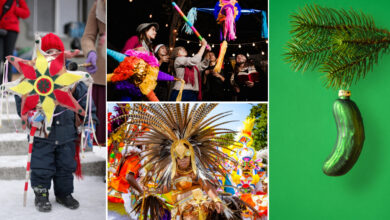