Whether you have Netflix, Prime, Crave, or perhaps all three, there’s always some new and exciting show to dive into and binge. So, without further ado, here’s our weekly roundup of the best streaming has to offer:

Frame, Fraud, fugitives, and…vegans? Sounds like the perfect ingredients for one intriguing documentary. Bad Vegan chronicles the story of restaurateur Sarma Meingallis who illegally transferred millions to her husband so they could pay a deity to bestow immortality upon them. From the top of New York’s social scene, to a fugitive. You will be shaking your head, wondering what happened as you watch this gripping documentary. Was Meingallis a victim, or was she the perpetrator? Watch Bad Vegan on Netflix.

This up-close look at the lives of Formula 1 drivers not only focuses on the drivers themselves but also their managers and team owners. The documentary showcases everything that life throws at them, both on and off the track. Watch Formula 1: Drive to Survive on Netflix.

This timely documentary tells the tale of the Euromaidan, or Maiden Uprising, a wave of demonstrations and civil unrest in Ukraine, which began on 21 November 2013 with large protests. Although the subject matter of this documentary dates to nearly ten years ago, it provides context to the current conflict and the tumultuous relationship between Russia and Ukraine. Watch Winter on Fire: Ukraine’s Fight for Freedom on Netflix.

Based on the popular video game of the same name, Halo is a military licence fiction television show set in the 26th century. The show tells the story of a war between the United Nations Space Command and Covenant, a military alliance of several advanced alien races. Watch Halo on Paramount+.

Packed to the Rafters- Dramedy

Meet the Rafters. Watch as they deal with the ups and downs of parenting children in their 20’s and dealing with aging parents. Dave and Julie Rafter and their three grown children at the heart of this popular Australian show. With the prospect of being empty nesters within their reach, the couple watches the last of their children move out. However, the Rafter children will not let their parents go that easily. Watch Packed to the Rafters on PrimeVideo.

Kevin Can F Himself- Dark Comedy

Kevin Can F Himself focuses on Alison McRoberts, played by the talented Annie Murphy (from Schitt’s Creek), a woman struggling to define herself in an unhappy marriage to Kevin, an unambitious man-child. However, this show gives a unique twist to the typical unhappy marriage story through the use of cameras. When Alison is with Kevin, the show takes on a typical sitcom narrative with multiple cameras and canned laughter. However, when she is alone on her difficult personal path, the show uses single-camera takes and has a more serious tone. Watch Kevin Can F Himself on PrimeVideo.

Starring Jared Leto and Anne Hathaway, WeCrashed is based on the podcast WeCrashed: The Rise and Fall of WeWork. At the centre of this story is the “chaotic” love story of founders Adam and Rebekah Neumann, a love that was the driving force behind the rise and fall of WeWork. WeCrashed can be watched on AppleTV+.

Starring Samuel Jackson, The Last Days of Ptolemy Grey is based on the book of the same title. Ninety-one-year-old Grey is suffering from impaired memory, and after his trusted caretaker is no longer with him, he is handed into the care of an orphaned teenager named Robyn. During his treatment to restore his memories, shocking truths come to light. Watch the Last Days of Ptolemy Grey on AppleTV+.

Begin this one as early in the day as possible, as the storyline will keep you hooked from beginning to end. Mare of Easttown stars Kate Winslet as Mare Sheehan. The show focuses on Sheehan, a police investigator in small-town Pennsylvania. Here, she investigates a brutal murder while juggling the drama and heartbreaks from her own life—watch this riveting drama/mystery on Crave.

Additions and Amendments to Qualify for Service Medals 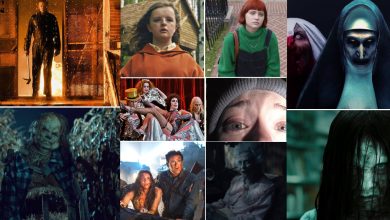 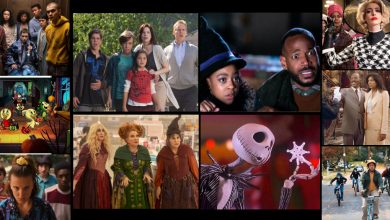 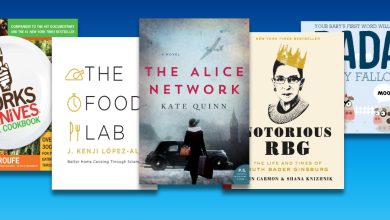