Statistics Canada recently conducted a second survey on sexual misconduct in the Canadian Armed Forces (CAF), which was answered by both members from the regular force, as well as, members from the primary reserves. A similar survey was conducted in 2016.

Addressing the release of the results Canadian Armed Forces Chief Warrant Officer Alain Guimond stated in a press release, “Sexual misconduct is incredibly harmful and corrosive to our people. For the past four years, we have been working hard to create a respectful workplace that our members both deserve and need in order to accomplish the tasks Canadians ask of us. Although this report shows that awareness of this problem has increased, more work is needed to solve it. In particular, we have to do a better job at looking after those affected by sexual misconduct. Those who engage in sexual misconduct are not welcome in the Profession of Arms, and with my colleagues, I will continue our work to end this threat.”

“The Stats Can surveys are a critical tool to inform, evaluate, and guide the CAF’s efforts to address sexual misconduct. This survey highlights some positive movement, as well as a number of areas that need more work. The Sexual Misconduct Response Centre will work with and provide advice to, the CAF to address these issues, to better support affected members and enhance prevention efforts,” said Dr. Denise Preston, executive director of the Sexual Misconduct Response Centre with the Department of National Defence.

While the survey has shown some positive results, the CAF will be examining the data collected in order to determine how to improve the way the military addresses and prevents sexual misconduct; provide better support for victims, and lead in changing the culture by helping to change harmful attitudes and beliefs.

Lieutenant-General Paul Wynnyk, Vice Chief of the Defence Staff, said, “The number of personnel who continue to be affected by sexual misconduct is completely unacceptable. We have made some positive headway in some areas, but it is clear that we need to do more to change the harmful behaviours and attitudes at the root of this issue. While overall, we are dissatisfied with the lack of improvement, we are encouraged to see that our members have confidence in the work we are doing and believe it will make a difference. This is an essential element of achieving culture change, and we will build on this momentum as we work to realign our institutional culture with our core values of dignity and respect.”

Below is a summary of the survey findings:

Rates of sexual assault (sexual attack, unwanted sexual touching, or sexual activity where unable to consent) in the military workplace or involving military members in the Regular Force and Primary Reserves are not statistically different from 2016.

·       1.6 per cent of all Regular Force members and 2.2  per cent of Primary Reservists indicated that they had been sexually assaulted in the context of the military workplace during the previous 12 months.

·       Unwanted sexual touching was the most common form of sexual assault (88 per cent of Regular Force incidents; 86 per cent of Primary Reserve incidents).

To look at the full surveys and their findings, visit Statistics Canada’s website.

Fewer members witnessed or experienced sexualized and discriminatory behaviour in the 12 months prior to the survey.

·       As was the case in 2016, the most common behaviours witnessed or experienced were sexual jokes (65 per cent for Regular Force members and also for Primary Reservists).

Knowledge and perception of policies and responses to sexual misconduct

·       94  per cent of Regular Force members and 91 per cent of Reservists continue to have a very high awareness of Operation HONOUR.

·       Almost half of both Regular Force and Primary Reserve members (45  per cent in each case) felt that Operation HONOUR has been very or extremely effective.

Most members have a positive view of CAF responses to sexual misconduct: 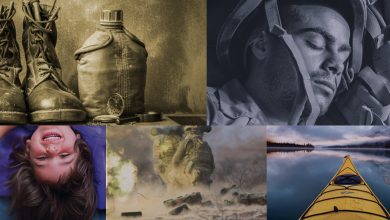