They shall never grow old. Last Friday marked the second anniversary of the tragic downing of CH-148 Cyclone helicopter, known as a Stalker 22, off the coast of Greece during Operation REASSURANCE.

The accident claimed the lives of six Canadian Armed Forces (CAF) members and on Friday, both the Royal Canadian Navy and Royal Canadian Air Force honoured the fallen in a post on their official Facebook accounts.

The accident took place on April 29, 2020, over the Ionian Sea, killing four members of the air force and two members of the navy. Four of the personnel were ex-cadets from the Royal Military College of Canada. 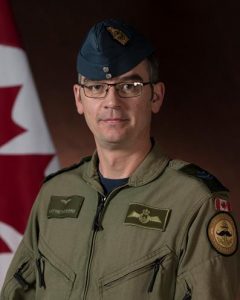 MCpl Matthew Cousin’s career in the CAF spanned 26 years. He enrolled in the CAF in 1994 as an infantry soldier with The Royal Regiment of Canada. In 2007, he transferred to the trade of Resource Management Support (RMS) clerk. He then became an Airborne Electronics Sensor Operator (AES Op) in 2013.

Upon earning his Wings in 2015, he was posted to 423 (Maritime Helicopter) Squadron, where he was qualified on both the CH-124 Sea King and the CH-148 Cyclone aircraft platforms.MCpl Cousins previously deployed with the Canadian Army to Op PALLADIUM in 1998 and was a member of the Helicopter Air Detachment on HMCS CHARLOTTETOWN for Op REASSURANCE in 2016 and HMCS FREDERICTON in 2020.

As a loving father and family man, these career decisions were influenced by his need to provide more stability for his family. The adventure of the sea and working with the Air Force was just the adventure that Cousin was looking for as his children grew. His family and friends say he was an amazing father, husband, son, brother, colleague, and friend to many.

In a statement, his family described him as unique, humorous, and a good mentor. His best friend stated Matt is the most valued friend he has ever have or could have. 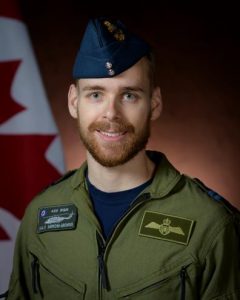 Capt Miron-Morin distinguished himself as an integral member of the CAF and Maritime Helicopter community in his profession as an Air Combat Systems Officer (ASCO). He enrolled in the CAF in 2008. He graduated from the Royal Military College of Canada in 2013 with a Bachelor of Engineering (Aeronautical Engineering) and received his Wings in 2015. Capt Miron-Morin qualified on the CH-148 Cyclone aircraft in 2019, with his first deployment being on HMCS FREDERICTON on Op REASSURANCE in 2020. Capt Miron-Morin holds a Master’s of Science degree (Oceanography) from Dalhousie University.

A statement written by his family read: Capt Miron-Morin was a loving and unfailingly supportive husband, son, and brother. He was a cherished member of his extended families and a dear friend to many. His family continued to state, he was a superb athlete and was a genuine, patient soul. His authenticity and approachable demeanour drew people in. He was very humble when sharing knowledge with others; he had the rare ability to teach himself anything. 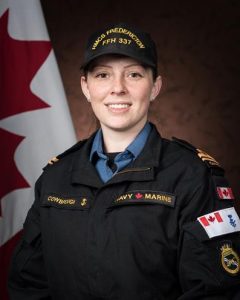 SLt Cowbrough was a Maritime Systems Engineering Officer by trade. She enrolled in the CAF in 2014 and graduated from the Royal Military College in May 2018 with a Bachelor of Science degree (Computer Science). She was posted to HMCS FREDERICTON in 2019, and Op REASSURANCE in 2020 was her first deployment at the age of 23. Cowbrough was a skilled bagpiper and had been playing since she was a child.

Following the deadly shooting in Nova Scotia on April 18 and 19, Cowbrough was recorded playing Amazing Grace on her bagpipes, standing on the deck of HMCS Fredericton, as a tribute to the 22 victims.

Cowbrough was a member of the Union Fire Club Pipes and Drums and a part of the band, 12 Wing Pipes, and drums based at CFB Shearwater. Her family describes her as willful, smart, determined, and kind. 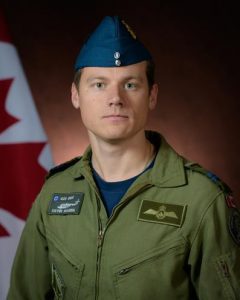 Capt Hagen, a pilot, was 30 years old. He was born in Nanaimo, but family members said he spent time in many different communities off the coast of B.C., including Ladysmith, Victoria, and Quadra Island. Hagen enrolled in the CAF in 2007. The same year he attended the Royal Military College of Canada in Kingston, Ont., where he completed his Bachelor Degree in Aeronautical Engineering in 2011.

After graduating from the Royal Military College of Canada, he received his Wings in 2013 and was presented with the Gos Goulding Award at his Wings Graduation Ceremony, having finished at the top of his class. He was subsequently posted to 423 (Maritime Helicopter) Squadron. Qualified on both the CH-124 Sea King and the CH-148 Cyclone, he was on his third deployment on Op REASSURANCE. He previously deployed with HMCS FREDERICTON in 2016, HMCS ST. JOHN’S in 2017, and HMCS FREDERICTON in 2020.

A statement from his family described Kevin as a loyal, compassionate, generous, and determined man. Since he was a young boy, he wanted to become a pilot in the Air Force. Kevin also loved nature and outdoor adventures with his friends and family. 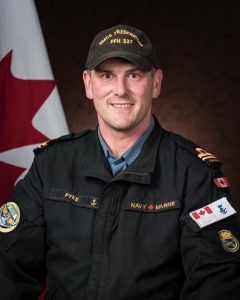 Growing up in Truro, SLt Matthew Pyke was a community leader and a patriotic Canadian. Before joining the navy, Pyke was a volunteer firefighter in his hometown Rawdon, N.S., a small community about 55 kilometres north of Halifax.

A statement made by his family described Pyke as having an easy-going nature, sharp sense of humour, and as someone who loved to have a good time. It also stated that Pyke was his happiest when he was contributing to something greater than himself.

SLt Matthew Pyke enrolled in the CAF Naval Reserve in 2016 with HMCS SCOTIAN. He then transferred to the Regular Force in 2017 as a Naval Warfare Officer and was posted to HMCS FREDERICTON in 2018. Op REASSURANCE in 2020 was his first deployment. 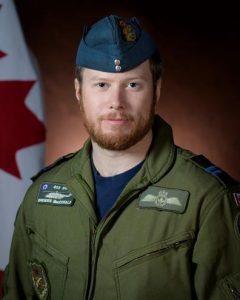 Captain Brenden Ian MacDonald was born in New Glasgow, Capt Breden Ian Macdonald was a loving husband, father, son, grandson, and brother said his family in a statement. At a very young age, he decided he was going to be a pilot. As a 397 Trenton Royal Canadian Air Cadets member, he worked tirelessly to obtain his glider pilot’s license at the Regional Gliding School in Debert before he was old enough to drive a car and his private pilot license in Shearwater the following year.

A pilot by trade, Capt MacDonald enrolled in the CAF in 2003. After graduating from the Royal Military College of Canada in 2007 and receiving his Chemistry degree, he received his wings in 2010 and was subsequently posted to 423 (Maritime Helicopter) Squadron. He was qualified on both the CH-124 Sea King and the CH-148 Cyclone aircraft and has previously deployed with HMCS TORONTO on Op ARTEMIS in 2013, Op CARIBBE in 2014, and Op REASSURANCE in
2020.

Last summer, an official report was released by the Airworthiness Investigative Authority looking into the cause of the accident. The report’s findings all indicated that a combination of factors resulted in the tragedy.

“This accident was not the result of one single causal factor, but a combination of several and could have happened to any other crew on any other day,” stated Brigadier-General John Alexander, Director of Flight Safety, Royal Canadian Air Force. “We concluded the Command Model Attitude Bias Phenomenon was an active causal factor, which was unknown to the manufacturer, airworthiness authorities, and aircrew prior to the accident.”

The investigation explained that this phenomenon emerges very rarely when manual inputs to the primarily flight controls override the aircraft’s automation system, referred to as the Flight Director, while it is engaged and set to fly at a fixed airspeed or pitch attitude.

“The bias that developed in this instance resulted in insufficient aft cyclic controller authority, resulting in a high-energy descent and impact with the water,” according to a press release released last year announcing the report results.

In a tragic coincidence, this past Friday, April 29, 2022, a devastating accident at the Royal Military College of Canada four officer cadets to lost their lives when the single-vehicle car they were in entered the waters on campus at Point Frederick.

A memorial is currently being planned by RMC to honour the fallen cadets. However, the details have not been released yet by the RMC.