Guest will be treated to military performances, along with with a flyby by the Royal Canadian Air Force, and the aerial acrobatics of the Canadian Armed Forces Parachute Team the SkyHawks. 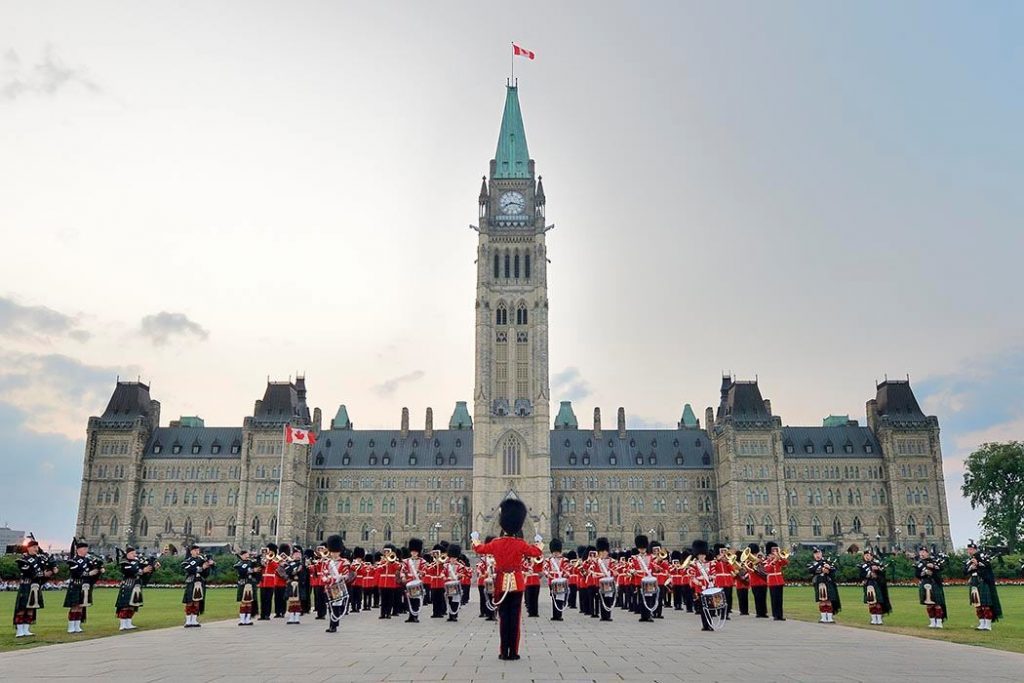 “Over the past years, Fortissimo has been a top Ottawa summer attraction, having thrilled thousands of visitors on Parliament Hill and entertained youth of all ages.

“For members of the Ceremonial Guard, Fortissimo is a distinguished way to pay tribute to our past and our heritage while showing their professionalism and their talent,” stated Major Stéphane Tremblay, Commanding Officer Ceremonial Guard in a press release.

Other performances this year include: the Ceremonial Guard, the massed pipes and drums of the Canadian Armed Forces; the Latvian National Armed Forces Staff Orchestra; the Dominion Carilloneur; Drums and Dancers from Kitigan Zibi Anishinabeg; the Central Band of the Canadian Forces; the guns of the 30th Field Regiment; Royal Canadian Artillery and the Royal Hamilton Light Infantry 13th Battalion Ceremonial Guard.

The Sunset ceremony is a combination of the historical ceremonies of Beating Retreat, Tattoo, and the lowering of the flag dating back to the 17th century.

Guest will also observe a flyby by a Royal Canadian Air Force (RCAF) CC-130J Hercules aircraft. The plane will flyby no lower than 500 feet above the highest obstacle on their route, according to a Department of National Defence press release.

The Sunset ceremony is a combination of the historical ceremonies of Beating Retreat, Tattoo, and the lowering of the flag dating back to the 17th century.

Approximately 300 Canadian Armed Forces members are participating in Fortissimo with many of them Reservists. 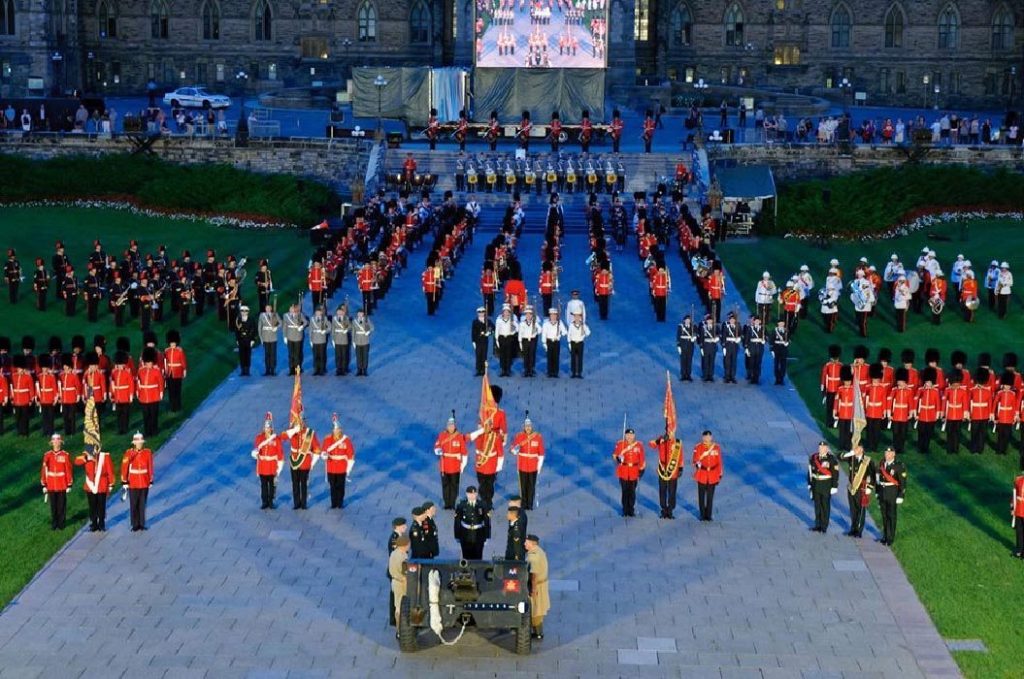 According to a Canadian Armed Forces press release, “The original First Guard Mount ceremony on Parliament Hill took place on July 2, 1959. It was carried out by the Regiment of Canadian Guards, a Regular Force regiment of the Canadian Armed Forces. The Public Duties Detachment was later manned by two Reserve Guards Regiments, the Governor General’s Foot Guards of Ottawa and the Canadian Grenadier Guards of Montreal. Today the Ceremonial Guard is comprised of soldiers from units across Canada who have adopted the customs and traditions of these two Guards Regiments.”

Fortissimo will run nightly from July 18 till July 20 with the performance beginning at 7 p.m. till 9 p.m. The event is free.

For those living out of town, the show can be watched on  Thursday, July 18 on the Canadian Army’s Facebook page starting at 7 p.m. EDT.