Harjit Sajjan the Liberal Party candidate for the riding of Vancouver South is serving in the CAF reserves while running for office. His career in the military that has been internationally recognized.

Sajjan joined the military out of high school as a reservist to gain some experience before starting a career. A few years down the road, Sajjan was asked to join the commissioned ranks, and so he set off for Gagetown to complete officer training. During his early years as a reservist, he took part in many taskings and training exercises.

In 1997, Sajjan was deployed to Bosnia, which he considered a “tremendous experience” and considered transferring to the regular forces.

“I realized that when you practice everything you have trained for for real it has a really deep impact and that resonated with me,” said Sajjan.

Feeling that he could contribute more as a reservist, Sajjan decided not to transfer to the regular forces. After returning from Bosnia he joined the police force in Vancouver but continued an active career as a reservist. Sajjan served for eleven years with the Vancouver Police Department. He worked as a Detective-Constable with the Gang Crime Unit specializing in organized crime.

After the conflict in Afghanistan broke out, Sajjan volunteered to be a part of the first deployment to Kandahar. He was again asked in 2009 by General Jonathan Vance to return to the country as a special advisor.

“I was involved with a lot of the combat fight early on but we also figured out how we can pull the people that were supporting the Taliban back to our side based on some of the strategy I learned while I was in the Vancouver police gang squad,” explained Sajjan.

Sajjan’s work in Kandahar was recognized by the U.S. think tanks, and the State Department reached out to him. A few months after returning home from Kandahar he was asked by the U.S. military to return with them to Afghanistan and expand on the work he started; enabling Sajjan to see through the entire mission in Kandahar to the end.

Sajjan received several medals and recognition for his work. He was awarded the Meritorious Service Medal for reducing the Taliban’s influence in Kandahar. He is also a recipient of the Order of Military Merit.

Sajjan’s first-hand experience in combat situations is what led him to run for parliament.

“Yes sometimes you have to fight and fight with Mark but if you don’t look at the root cause in the first place you’re going to keep sending soldiers into harm’s way and having been there on multiple occasions, on the frontlines, I want to make sure when we make decisions they are the correct ones.  And policy decisions do matter,” said Sajjan.

Sajjan transferred his experience and knowledge to helping Liberal Party leader Justin Trudeau, as one of his team members who helped to create the Party’s defence platform.

Sajjan believes that Trudeau team is what will make the difference this election.

“The true test of leadership is who have you recruited. If you look at the Liberal Party, Mr. Trudeau has recruited not all only people from different fields but those that have excelled in those fields from business to security to academics. That’s the real difference,” noted Sajjan.

Sajjan is still looking into the legalities behind running for office as a reservist. He offered his resignation but was asked to stay on as his skillset was valuable to the CAF.

“If we all of a sudden send soldiers in harm’s way and my skills are absolutely needed for the mission, I’d be happy to take a leave of absence from being a member of parliament and share the risk with the other members of CAF,” noted Sajjan. 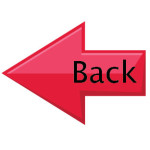 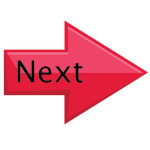