“At every Senators home game, we routinely take a moment to honour the men and women of our Canadian military. Our service personnel represent our nation with pride and integrity and make us all proud to be Canadian,” said Eugene Melnyk, owner of the Ottawa Senators.

The Senators organization considers the appreciation night a chance to directly express their collective gratitude for the Canadian Armed Forces unyielding commitment to peace and democracy. 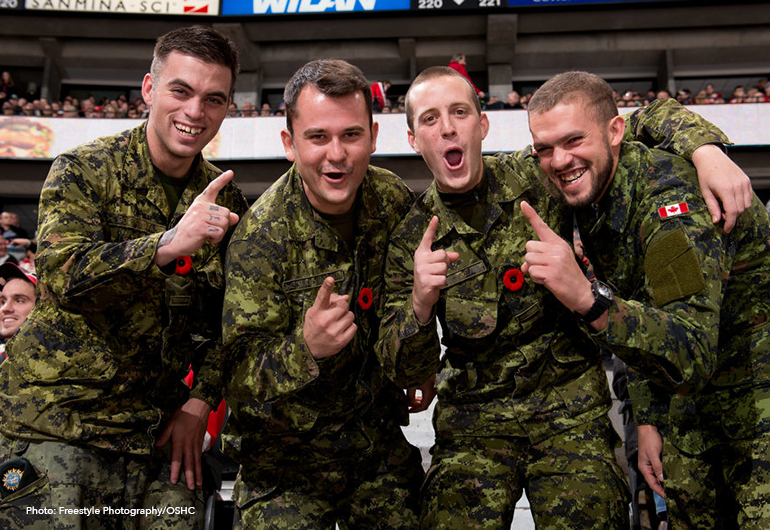 Senators players will be wearing special camouflage jerseys that will be signed and later made available via auction. Players will also have Support Our Troops stickers on their helmets. Fans attending Saturday’s game are encouraged to wear red to show their support for the troops.

To open the pre-game ceremonies, four search and rescue technician repellers from Canadian Forces Base Trenton will be recognized before they join Cyril Leeder, Senators president, and General Tom Lawson, Chief of the Defence Staff to conduct a ceremonial face-off.

“I’d like to extend a sincere thank you, once again this year, to Eugene Melnyk, the entire Ottawa Senators organization and their fans for all they do in recognition and support for the men and women of the Canadian Armed Forces,” said General Tom Lawson, Chief of the Defence Staff.

Prior to the game the Canadian national anthem will then be performed by Master Corporal Tammy Shaw, Sergeant David Grenon, and Lt(N) Brendan Ryan, alongside the Canadian Armed Forces Flag Party.

Following the game a photo will be taken at centre ice including Senators players, coaches, hockey operations staff and all uniformed members of the Canadian Armed Forces who watched the game. 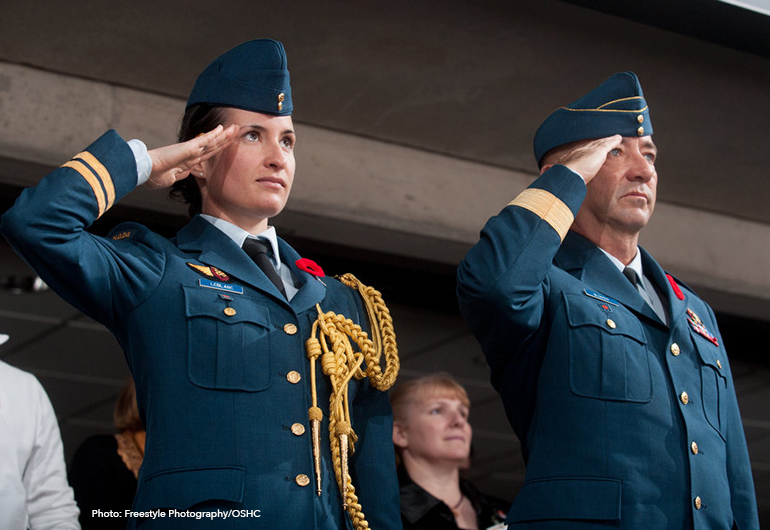 “Our contribution to the Military Families Fund is something very important for us as an organization. It provides a means for us to give back and create opportunities for children of military families,” said Brad Weir, director of marketing communications & community investments,
Ottawa Senators Foundation.

That evening ten per cent of proceeds from all merchandise sold at the Sens Store in the Canadian Tire Centre will be donated to the Ottawa Senators Foundation. A portion of those proceeds will later be donated to the Military Families Fund and Soldier On.

Visit the Senators at www.ottawasenators.com

Tickets are still available at www.CapitalTickets.ca