This morning HMCS Fredericton returned home from a six-month deployment in support of Operation Reassurance.

What HMCS Fredericton’s arrival below!

With approximately 240 crew members aboard, the Halifax-class frigate sailed into the Halifax Harbour, being escorted through the harbour by the iconic Bluenose II and HMCS Oriole around 9:45am AST. 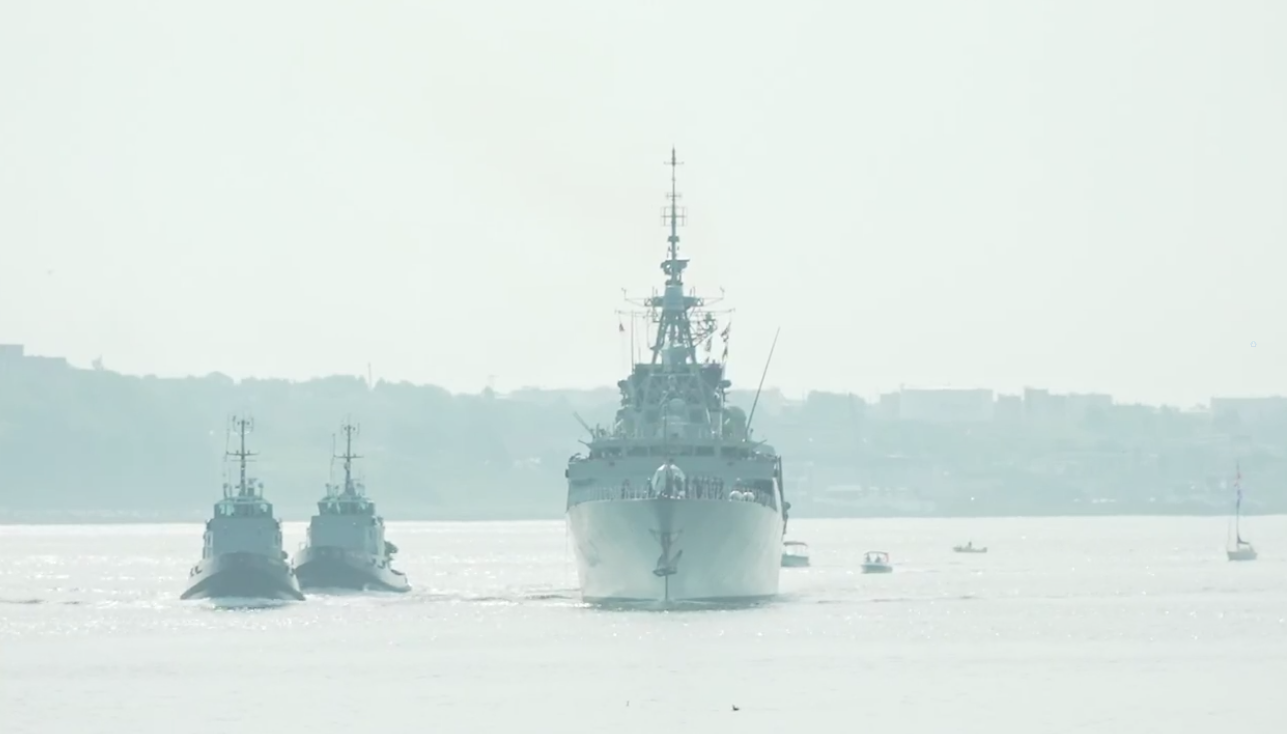 Also awaiting their arrival were families of fallen.

During HMCS Fredricton’s deployment, the crew lost six crewmates when Stalker 22 crashed into the Ionian Sea, off the coast of Greece on April 29.

“The loss of this outstanding group of sailors and aviators was felt by every single one of us on board every day, and has left a space in our hearts that will remain there for all of our days,” said HMCS Fredericton Cdr. Blair Brown.

Stalker-22 was returning from a NATO training exercise when the CH-148 Cyclone helicopter accident took place.