Shot on July 9, 2020, by Cpl Simon Arcand, the image captures the HMCS Fredericton crew members waving at allied ship, USS Roosevelt, during a sail past at the conclusion of exercise Dynamic Mongoose.

Since this image was taken, HMCS Fredericton has returned home, and HMCS Toronto has sailed to the region, deployed on Operation Reassurance. 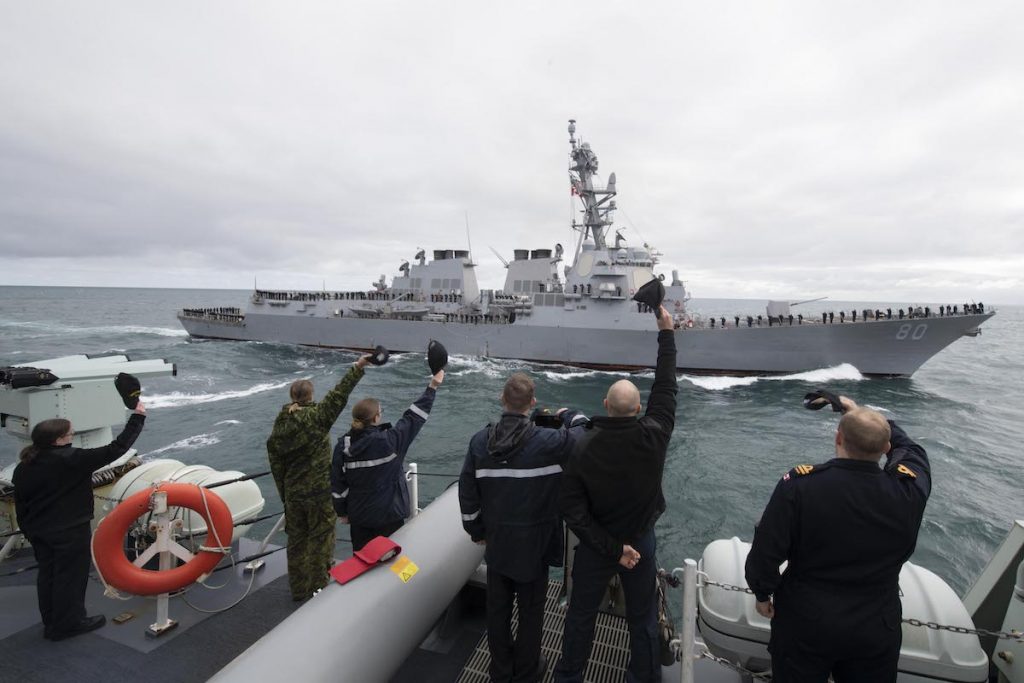