As a result of a new partnership, Canada Army Run race weekend is moving to the Canadian War Museum this fall.

Having previously been hosted at Ottawa City Hall, all Army Run events will now take place at the Canadian War Museum, located on the scenic Ottawa River and LeBreton Flats parkland.

“As Canada’s national museum for military history, we are pleased to be the site for Canada Army Run. The run is an important community event which honours the service of current members and veterans of the Canadian Armed Forces, and we wish the organizers and all participants much success with this year’s event,” said James Whitham, acting director general of the Canadian War Museum

This new venue will allow runners and visitors to have a fuller experience of Canada Army Run’s military origins.

“Ottawa City Hall was a great host for Canada Army Run, and we are grateful to the City of Ottawa for its generosity and support, but it’s hard to find a setting more ideal than the Canadian War Museum for this incredible event. On race weekend, Canadians and the Canadian Armed Forces come together in a spirit of camaraderie and community to support each other. I can’t think of a better setting for Canada Army Run,” said Lieutenant-General Jean-Marc Lanthier, Commander of the Canadian Army

Since its inception in 2008, Canada Army Run has grown to become one of the largest running events in Canada, attracting more than 20,000 runners of all ability levels to run, roll or walk the 5K, 10K and half-marathon courses.

For those looking for a more serious test of their physical mettle, the Commander’s Challenge and Normandy Challenge combine multiple events in a demanding run.

The Normandy Challenge combines the 5K and 10K events into a fun and demanding run which honours the 75th anniversary of D-Day and the Battle of Normandy.

The popular Commander’s Challenge, where participants compete in both the 5K and half marathon events, is back in 2019 for the fourth year in a row and is one serious challenge.

Over the last decade, Canada Army Run has raised more than $3 million for Support Our Troops and Soldier On. 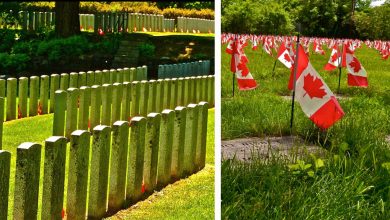