When the Second World War began in Sept. 1939, so did the longest continuous battle of this war: the Battle of the Atlantic.

The Merchant Navy is comprised of commercial shipping vessels and their crews. At the beginning of the war in 1939, Canada had 38 merchant ships. By the war’s end, Canadian shipyards had produced 403 cargo ships.

According to Veterans Affairs Canada, the importance of the Canadian Merchant Navy as a lifeline to Britain could not be overstated, as it was estimated that a 10,000-tonne merchant ship could provide enough “foodstuffs” to feed 225,000 people for a week. Cargo carried by the fleet included everything from clothing, fuel, steel, aluminum, lumber, aircraft, tanks, jeeps, trucks, guns, munitions, and anything else that could be required for the war effort.

To recognize the bravery and gallant efforts of the 12,000 men and women who served in Canada’s Merchant Navy during the Second World War, every Sept. 3 is recognized as Merchant Navy Veterans Day.

“Today, we remember the 12,000 Canadians that served in Canada’s Merchant Navy during the Second World War’s Battle of the Atlantic. They fought unimaginable danger, and through their courage, completed 25,000 passages of vital supplies in often treacherous conditions across the Atlantic Ocean. We remember the brave souls that participated in the effort, and those who did not make it home. Their contributions were a vital part of the Allied victory,” said Lawrence MacAulay, Minister of Veterans Affairs and Associate Minister of National Defence.

The Battle of the Atlantic and the Merchant Navy

The Merchant Navy played an important role in crewing the vessels that carried essential personnel, equipment, and supplies to Allied forces all around the world, according to the Department of National Defence (DND). More than 25,000 of these voyages were conducted by Canadian Merchant Navy ships, according to a press release from DND,

Although Allied convoys were guarded by the Royal Canadian Navy and the Royal Canadian Air Force, they were often the target of vicious attacks by German forces. Close to 1,600 Canadian merchant mariners were killed or lost at sea by the end of the war. According to DND, this amounts to one in eight Canadians who lost their lives while serving onboard merchant ships.

“Canada’s Merchant Navy was a lifeline through the Allied war effort. Their service to Canadians cannot be overstated, nor can the bravery of the sailors that risked such dangerous waters to supply the war effort. Today, we remember them, their bravery and their contribution to the Canada of today,” said Anita Anand, Minister of National Defence.

This year also marks the 80th anniversary of the sinking of the SS Caribou. On Oct. 14, 1942, the passenger ferry was attacked by a German submarine. The ferry was a Newfoundland Railway passenger ferry that ran between Port aux Basques, in the Dominion of Newfoundland, and North Sydney, Nova Scotia. The attack was the worst loss of life in Canadian waters during the Second World War.

Out of the many heroes of this event was Margaret Brooke, a nursing sister who survived the torpedoing of the SS Caribou. In the wake of the attack, Brooke, while fighting for her own life, tried her best to save her fellow sister, nurse Agnes Wilkie. They were in the cold Atlantic water for two hours before Brooke was rescued. Unfortunately, despite Brooke’s best efforts, Wilkie did not make it.

She was made a Member of the Order of the British Empire for her heroism. In addition, the RCN named its second Arctic and Offshore Patrol Ship in honour of Brooke.

Canada’s merchant mariners have climbed an uphill battle to gain recognition in the years since the Second World War. In 1992, former merchant mariners were finally granted official veteran status. However, access to pensions and allowances was not retroactive until 2000. 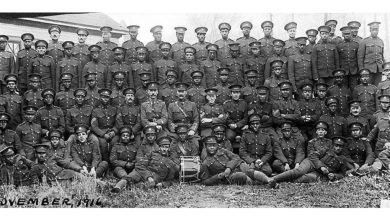