“This silver coin commemorates the spontaneous outpouring of emotion by thousands of Canadians who have gathered along the roadway and overpasses of the Highway of Heroes to pay tribute to the brave Canadian men and women who have made the ultimate sacrifice,” said Ian E. Bennett, President and CEO of the Royal Canadian Mint. “The Highway of Heroes commemorative coin also continues the proud Mint tradition of issuing coins that honour Canada’s veterans and the theme of Remembrance.”

At the ceremony the Mint announced that $20 from the sale of each coin will be shared between the Afghanistan Repatriation Memorial and the Military Family Fund.

In September the Mint proudly donated $100,000 to the Military Family Fund. A fund designed to help Canadian Forces families in need. The donation was generated from the sales of their 2010 -25 cent poppy coin collector card.

Regarding the Highway of Heroes coin the Honourable Jim Flaherty, Minister of Finance and Minister responsible for the Royal Canadian Mint said “With this special coin, the Government of Canada is paying homage to every day Canadians who have shown their unwavering support to the families who have accompanied our fallen soldiers as they made the journey along the Highway of Heroes.”

He added, “The donation to the Afghanistan Repatriation Memorial and the Military Families Fund through the sale of this coin will ensure that the spirit of the Highway of Heroes will endure for years to come.”

The Afghanistan Repatriation Memorial will be a permanent memorial, located in Trenton, it is designed to honour Canadian soldiers who have sacrificed their lives in the conflict in Afghanistan. The construction for the project is planned to begin in 2012.

“As we approach Veteran’s Week and Remembrance Day on November 11th, Canadians across this great country are taking a moment to think of the brave men and women who serve and sacrifice to protect our nation,” said the Honourable Peter MacKay, Minister of National Defence. “The Highway of Heroes is a grassroots movement that symbolizes the outpouring of support for the efforts of the Canadian Forces. I am proud that the Royal Canadian Mint has captured the emotion of this movement and I commend them for supporting military charities.”

The Highway of Heroes commemorative silver coin, which has a limited mintage of 25,000, can be ordered today by directly contacting the Royal Canadian Mint at 1-800- 267-1871 in Canada, 1-800-268-6468 in the US, or on the Internet at www.mint.ca/heroes. This coin will also be sold at the Mint’s boutiques in Ottawa, Winnipeg and Vancouver as well as through the Mint’s global network of dealers and two distributors, including participating Canada Post outlets. 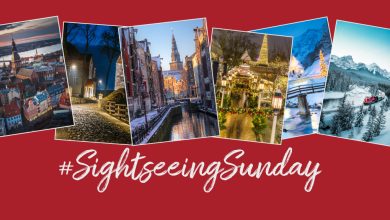