It was after a long walk in the Spanish hillsides of her home, that Anne Godden discovered from her daughter, Theresa, that the man she had called father for 64 years was not her biological father. Her real father was actually a Canadian World War II soldier. After recovering from the initial shock of the shattering news and with only a first name to go by, Godden made it her lifelong mission to find her real father.

It was late 1943 and England was paralyzed by the destruction caused by the Second World War when Beryl, Godden’s mother, and her family were posted to the area around Suffolk. Beryl’s father was overseeing the construction of a runway and the place was crowded with air bases and transit camps. The family lived in a caravan parked behind a pub called The Plough. It was here at The Plough, that Beryl, then 17, met a tall, blonde Canadian soldier named Vernon. He was also believed to be French since he “spoke with a lovely French accent”. The two fell in love instantly and set off on a passionate but brief romance.

“A quiet, gentle man is how mum sums up her cherished memory of him. They both loved to dance and the small dance hall opposite the pub was a favorite haunt of theirs,” recalled Godden.

Beryl’s family was from a town called Harlow in Essex. When her father had some time off, Beryl’s family returned to their hometown for short visits. It was after returning from one of these visits, that Beryl discovered Vernon’s unit was suddenly dispatched leaving Beryl pregnant and clueless as to where he had gone. She never saw or heard from him again.

“That was the war. That was the tragedy of it. She did not only lose the man she was madly in love with, but discovered she was pregnant,” said Godden

Though Godden was born at the tail end of the Second World War, her family felt the consequences of the war for much of the early part of her childhood. The family lived as squatters in a wartime hospital in England until 1950. But the effects of the war were far reaching. The loss of her first love caused Beryl to guard her emotions and though George, the man who raised her, had made the honorable attempt to take Anne as his own, he could never accept her. Godden grew up feeling resented by her father and feeling different from the rest of her family, though it would be almost 50 years before Godden discovered why.

In 1996, Godden’s father was dying of lung cancer when he revealed the secret to Godden’s sister. The secret spread through her family and soon her daughter, Therese felt it was necessary to tell her mother.

“Immediately it felt like a big grey cloud had been lifted off of me and I could understand why the feelings of resentment against me were there,” noted Godden.

After the discovery, Godden realized the best way to reveal to her mother she knew the truth was through a letter.

“I wrote her a long letter explaining what it meant to me to find out and that I understood what she must have gone through and that I empathized with her. Her first reaction was shock. She kept saying how could you think these horrible things. And I had to reassure her it’s not something to be ashamed of. I’m proud of you, you survived and you got through it,” said Godden.

With only a first name and a vague description of Vernon, the first steps in Godden’s search for her real father were to narrow down his unit and where he could possibly have been sent. The time frame of Godden’s search was October or November of 1943. Unfortunately, most of Godden’s attempts have led to many stumbling blocks. From the Commonwealth War Graves Commission website, she was only able to narrow her search to a handful of men who fit his description. And after contacting the Records Office in Bury St. Edmunds, she learned that no records were kept of foreign army bases since they were too transitory.

After much research on the Second World War and Canadian soldier war movement, Godden believes that Vernon may have been sent to the southern coast of Britain to train for D-Day.

“My research revealed that young, inexperienced, untried soldiers were deliberately selected for this massive operation for it to have any chance of success,” said Godden.

In August of 2009, Godden contacted a BBC Radio show called ‘Tracing Your Roots’, in hopes the show would lead her to Vernon. Though the show itself did not help to produce any solid leads, it did catch the attention of Valerie Bartlett, from New Brunswick, Canada. Bartlett heard a podcast of the BBC show, which happened to be the very first podcast she heard, and noticed how the host of the show kept narrowing Godden’s search to Quebec.

“They spoke to an older war veteran and he was from Quebec and he’d be in these possible regiments and I was talking to myself saying, no he could be from New Brunswick not necessarily from Quebec just because he spoke French. And that was what prompted me to contact them,” explained Bartlett.

After listening to her story, Bartlett contacted the producers of the show and eventually got in touch with Godden. Since that day, Bartlett has been Godden’s principal support and aide in the search for her father.

“She’s put so much effort in and hasn’t given up. I have to say I might have given up if it hadn’t been for Valerie giving me a poke saying what about this. She’s like my fourth daughter,” said Godden.

Bartlett, an amateur family historian, has done several things to focus Godden’s search and assist her.  Everything from creating Facebook groups to posting on Second World War forums and entering information on Ancestry.com. Being a military wife, she produced fliers with descriptions of Vernon, in French and English, which were later emailed out to all of her husband’s military contacts. Bartlett also contacted the Canadian War Museum but that was a dead end since she was told the records were not arranged by year but by unit.

Godden is unsure what her next step will be. But both Bartlett and Godden continue to find outlets to get her story out and intend to keep looking until they find answers. The two women have contemplated various outcomes to their search and realize that an all too real possibility may be that Vernon died in war and did not leave any family behind. But Godden still hopes for the ideal scenario: to find Vernon alive and well with an extended family she can hug and make a part of her own.

“I’m just one of thousands of war babies still alive and kicking, and despite the passage of so many years, the desire to connect with our Canadian fathers or family does not diminish, rather it just becomes more desperate,” noted Godden.

A Christmas Gift for Fallen Soldiers 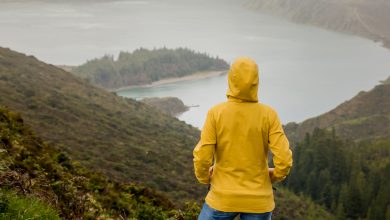