The Sexual Misconduct Response Centre (SMRC) is currently looking to award thousands of dollars in grants to projects that support victims of sexual misconduct.

“Our government is committed to providing survivors of sexual misconduct with comprehensive, critical care services. That is why we are delivering survivor-focused care through the Community Support for Sexual Misconduct Survivors Grant Program. Projects administered through this initiative will help ensure increased access to a range of critical support services and the well-being of our armed forces community,” said Anita Anand, Minister of National Defence.

According to a Department of National Defence (DND) press release that noted it is accepting grant applications, eligible projects should be serving underserved communities. These communities have traditionally faced barriers in accessing support, such as those living in rural and remote areas, Black people, other races, Indigenous People, people with disabilities, 2SLGBTQI+ people, and immigrants.

“Since 2019, the SMRC has been funding projects from civilian sexual assault centers located near nine of the largest Canadian Forces bases. The new Grant Program’s eligibility criteria are more flexible to allow funding for broader community-based service providers who have the capacity to develop and implement projects to support underserved communities affected by sexual misconduct. We look forward to receiving applications from organizations who strive to help those affected by sexual misconduct heal from the harms they have suffered,” said Linda Rizzo Michelin, Chief Operating Officer Sexual Misconduct Response Centre, Department of National Defence.

The SMRC currently manages the Sexual Assault Centre Contribution Program. This will end in 2023 when it is replaced by the new Grant Program.

The Grant Program, according to DND, was created at the request of those members of the Defence community that have been impacted by sexual misconduct. It is in response to their need to access a broader range of “culturally competent, confidential, specialized care and support services.”

“It’s vitally important that there are supports in place for current and former CAF members who have experienced sexual misconduct, especially in their communities. This grant program will increase access to these essential resources and help folks get the support they need where they need it,” said Lawrence MacAulay, Minister of Veterans Affairs and Associate Minister of National Defence.

The hope is that the Grant Program will increase collaboration between community-based service providers and the CAF.

“Everyone has the right to live free from violence, which is why we’re working with provinces and territories, and Indigenous partners and stakeholders, to develop the first-ever National Action Plan to End Gender-Based Violence. The Plan will help ensure that anyone facing gender-based violence (GBV) has reliable and timely access to protection and services, no matter where they live or who they are. Today’s announcement is a step in the right direction, and I encourage eligible organizations to apply,” said Marci Ien, Minister for Women and Gender Equality and Youth.

The application is currently open and will remain open until Nov. 15. The SMRC will begin reviewing submissions and communicate with successful applicants as early as this winter. Funding could be provided as early as Jan. 2023. 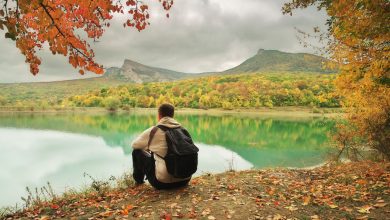