The strong bonds of friendship between Canada and the Netherlands will be celebrated at the Canadian Tulip Festival May 8 to 18 in Ottawa.

Since 1953, the Canadian Tulip Festival has been symbolizing the legacy of the tulip, Ottawa’s flower, which represents Canada’s role in the Liberation of the Netherlands during the Second World War.

“For over 60 years, the Tulip Festival has been proud to grow our commitment with the Canadian Forces community. This year is extra special as it marks the 70th Anniversary of the Liberation of Europe,” said Laura Brown Breetvelt, executive director, 2015 Canadian Tulip Festival. 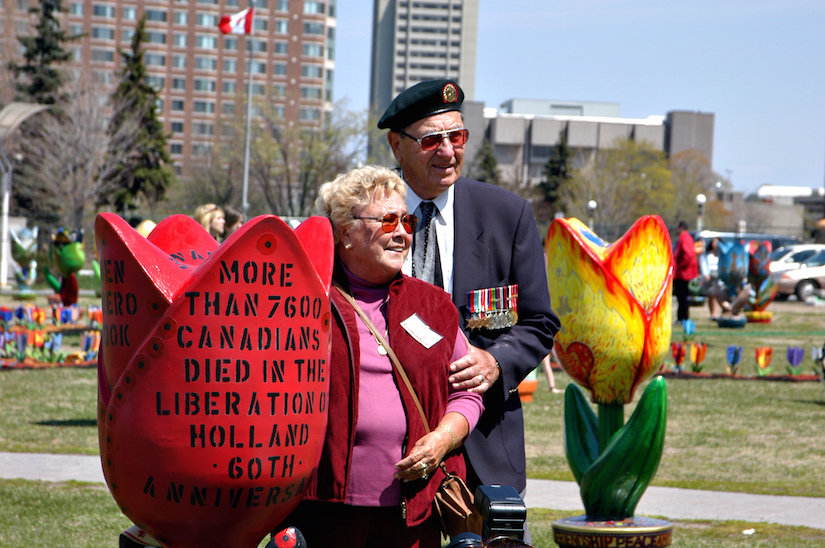 Following the Nazi Invasion of the Netherlands in May of 1940 the Dutch Royal Family and Queen Wilhelmina were spirited out of the country to rule in exile from the United Kingdom.

Princess Juliana brought daughters Princess Beatrix and Princess Irene to the safe harbour of Canada in June of that same year. The family arrived by ship in Halifax before proceeding to Ottawa, where they were housed at Stornoway, now the official residence of the Leader of the Opposition.

While still in Canada, the exiled Princess Juliana gave birth to daughter Princess Margriet at the Ottawa Civic Hospital on January 19, 1943. The hospital temporarily declared extraterritorial by the Canadian government so the princess would hold exclusively Dutch nationality, rather than dual nationality.

As a show of gratitude for her stay in Canada, and for Canadian soldiers role in the liberation of her homeland, Princess Juliana presented to the people of Canada a number of gifts, including 100,000 tulip bulbs. 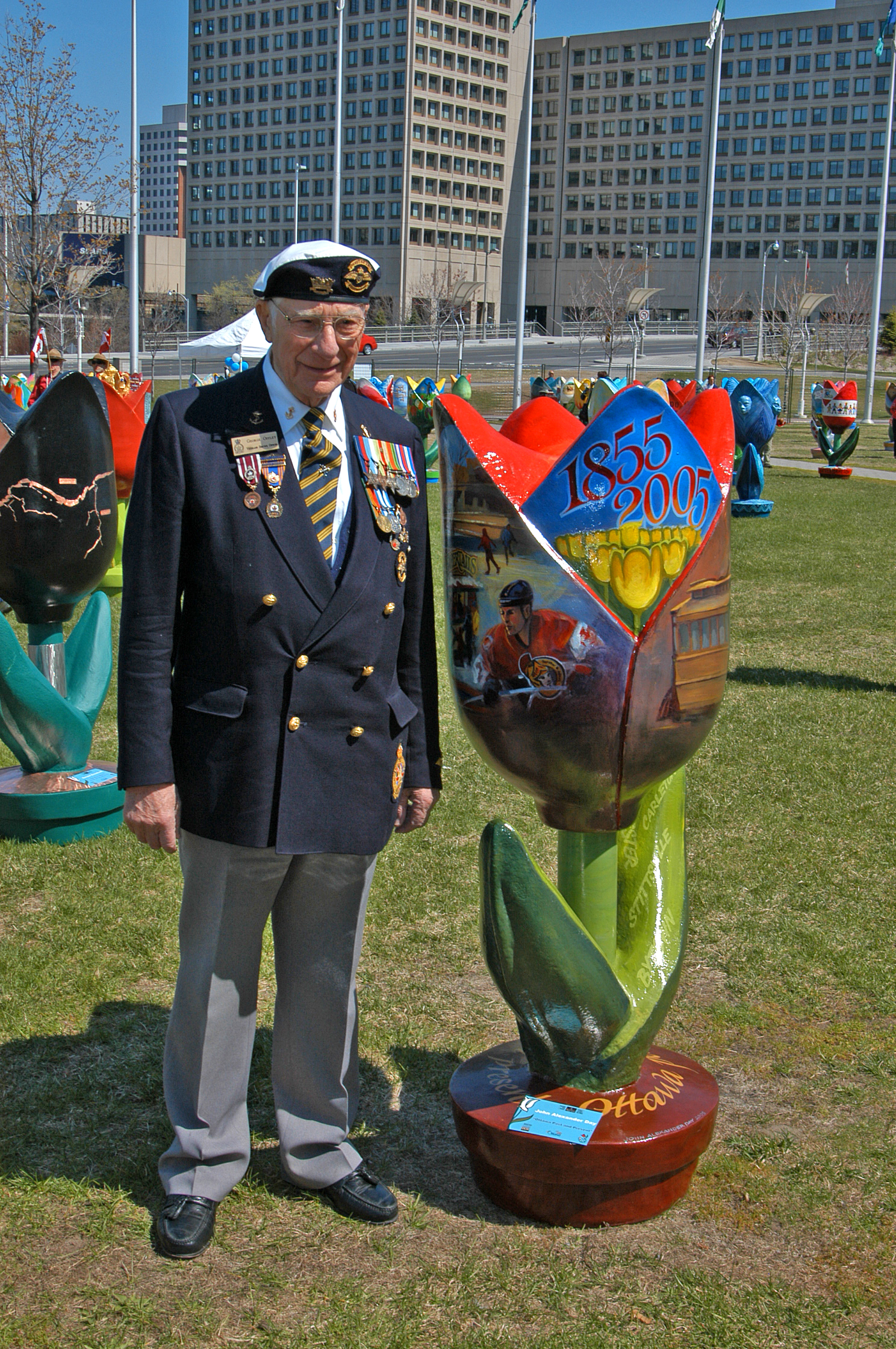 The following year, an additional 20,500 bulbs were received in Canada, with a request to plant them on the grounds of the Ottawa Civic Hospital.

Juliana, who became Queen of the Netherlands in 1948, continued to send a gift of thousands of tulip bulbs to Canada each year during her reign, which ended with her abdication in April 1980 and the beginning of the reign of Queen Beatrix.

The arrival of Princess Juliana’s gift of tulips generated great interest, curiosity and admiration among Canadians and the magnificent display of tulips quickly became a treasured tourist attraction in the Nation’s Capital.

Stunning pictures became a springtime ritual in newspapers and magazines nationwide, in turn inspiring events centred on the annual arrival of a blossoming number of tulips of many colours.

“Amongst the many events and tributes that will take place over 11 days, the Festival has produced a Liberation Tulip, which will be unveiled during the event,” said Breetvelt.

In 1953, at the suggestion of world-renowned photographer Malak Karsh, the Ottawa Board of Trade spearheaded the creation of a Canadian Tulip Festival, to be held each May in Ottawa.

A celebration of the arrival of spring as well as a commemoration of the significance of the tulip and its wartime connection in Canada, the festival has grown each year to become the largest of its kind in the world, attracting over 500,000 visitors annually.

Ranked the world’s largest tulip festival, the Canadian Tulip Festival offers festival-goers the opportunity to explore the colourful tulips in bloom, Dutch culture, an International Pavilion, Ikebana workshops, and be entertained by a diversity of music artists as well as fireworks. Many events will centre around the military and VE Day in recognition of the 70th Anniversary of the Dutch Liberation.

A full calendar of events is available at the Canadian Tulip Festival website.