Time is running out for the Wagner family, of CFB Kingston, to find compatible livers for their seriously ill twin daughters. The girl’s parents are hoping reaching out to the military community may bring the miracle they are looking for.

Vietnamese twin girls, Binh and Phuoc, named after the province in which their birth mother is believed to live, were 18 months old, weighing only nine pounds each when adopted by logistics officer Major Michael Wagner and his wife Johanne in November 2012.

Both girls struggle with Alagille syndrome, a genetic disease that affects the liver, heart, kidney and other systems of the body. Johanne describes the girls as “little skeletons,” when they first arrived in Canada.

“The Kingston General Hospital transplant team is incredible. The Canadian Armed Forces has been so very good to us. The military has been like a family caring for us and supporting us, standing by us,” said Johanne Wager, mother of the twins.

Binh and Phuoc, are now three, although developmentally closer to two years old. The condition continues to attack their livers, causing abnormalities in the ducts that carry bile from the liver to the gallbladder and small intestine. Their livers no longer work properly due a buildup of bile preventing the removal of waste materials from their bloodstreams.

Their only hope is liver transplants. Binh and Phuoc were put on the waiting list for transplants in September 2014

Their mother is practical and frank, “We are at the top of the roller coaster right now. Without transplants, their health will never be any better than it is today. Diseases of the liver make you itch. It is terrible,” said Johanne. “There is blood on their sheets from their scratching their skin in the night while they sleep. They have open sores. Every morning Michael uses his military first aid to treat them. Infection is not an option.”

The girls are fed through tubes inserted into their gastrointestinal systems. While they sleep they are connected to a machine that delivers the nutrients they need to survive.

Complicating things is that the twins need livers from two compatible donors.

The quickest solution would be to find a pair of livers, donated by two deceased people, as the result of sudden death.

A more viable option is to find living donors who meet the criteria to donate a portion of their livers. Donors go through a rigorous process to ensure they are a good match with recipients. Then the live liver donations can be scheduled.

On the surface, qualifying as a living donor is a straightforward process. A living donor must be a healthy adult between 18 and 60 years old, be in good shape with a body mass index of less than 35 and have a compatible blood type group, in the twin’s case either type A or O.

Since the liver regenerates itself, donors can expect to be back to normal within a year of the operation.  The strict selection process is meant to protect the donor. After more than 600 live liver transplants performed at the University Health Network, no donor has died.

All of the screening and testing is done at University Health Network in Toronto. The initial process can take three or four days. The surgery can mean the donors will spend between five to 10 days in the hospital, followed by up to six weeks off work to recover.

The Wagners have set up a Facebook page called Liver Transplants  for our Vietnamese Twin Girls to raise attention to the issue and encourage people to get screened as potential donors.

“In our Facebook page ‘About’ section the application and criteria can be accessed. People can see what the doctors will look for in a donor. In our case, because only one in four donors is accepted we need at least eight applicants to save the girl’s lives. They are at the tipping point. They will die without transplants,” said Johanne.

More information about live liver donation can be found online at the University Health Network website (www.uhn.ca/mot ), and at the Ontario government’s Trillium Gift of Life Network website, (www.giftoflife.on.ca) 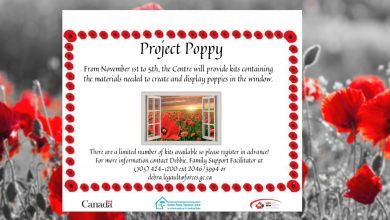