After spending four years at the Royal Military College of Canada, Officer Cadet Jacques Pecora will be participating in a first for the college today, convocating and commissioning virtually.

Due to the COVID-19 pandemic, the past few months of courses were offered primarily by distance learning in both official languages English and French.

However, today is an important day for the graduates: The Royal Military College of Canada is hosting a virtual ceremony to mark the convocation and commissioning of the Class of 2020, acknowledging their accomplishments.

“Firstly, I am honoured to graduate from RMC. Of course, the situation is quite different, but it has its positives as well.,” said Officer Cadet Pecora. “For instance, the situation allows me and the other cadets to spend a significant period of time with our families. For me, this is the first time that I spent more than two consecutive weeks with my family since starting at RMC four years ago. So, in a way, I am thankful that the present situation has allowed me to spend quality time with my family before continuing my career.”

The two-hour ceremony has been organized to respect provincial regulations of physical distancing. It will be live-streamed on the RMC Facebook page beginning at 1 p.m. You can follow it live at https://www.facebook.com/RMCCanadaCMR/ or view it below. The ceremony was streamed in two parts.

First Part the Ceremony (it takes a few second to load)

From Aurora, ON, Pecora studied mechanical engineering at RMC and will be pursuing a career in the Army as an Engineering Officer. He also received First Class Distinction and was awarded the Department Medal in Mechanical Engineering.

“The time that I spent at RMC was undoubtedly the best four years of my life. I enjoy challenges, and RMC never failed to provide them. The best part of RMC, that I am sure every Cadet can agree on, is the friends that you have that share your journey,” said Pecora.

Taking place in the historical Currie Hall the ceremony will feature projected images of graduates and award winners as their names are read.

The ceremony will also include pre-recorded video messages by the RMC Chancellor and President, the Minister of National Defence, as well as the Chief of the Defence Staff and Ex-Cadets, retired Lieutenant-General, and celebrated humanitarian Roméo Dallaire and Canadian astronaut Colonel Chris Hadfield.

Over 300 degrees will be conferred in absentia:

They will also officially announce the commissioning of approximately 235 Officers and Naval Cadets of the fourth-year class who successfully completed all requirements to become Second Lieutenants and Acting Sub-Lieutenants in the Canadian Armed Forces.

For this year’s ceremony, sadly, there will be no passing through the Memorial Arch. The arch has been a landmark at RMC since 1924. It stands strong to commemorate ex-cadets that lost their lives protecting Canada, as well as today’s graduates that will face their challenges with courage and with a sense of pride instilled in them.

“We are tremendously proud of the accomplishments of our graduates. For those who can in future have time away from their duties, we welcome them to return for future graduation ceremonies — to stand with graduates, to walk across the stage and receive their scrolls, and to form with us on the parade square and raise swords as they march through the Memorial Arch,” Brigadier-General Sébastien Bouchard, RMC Commandant and Vice-Chancellor Dr. Harry Kowal, RMC Principal, mentioned in a statement.

This year’s graduating class is foregoing the usual graduation ceremonies, which speaks to the gravity of the COVID-19 crisis. Still, RMC is committed to recognizing the graduates in this virtual, special way.

“We are tremendously proud of the accomplishments of our graduates. For those who can in future have time away from their duties, we welcome them to return for future graduation ceremonies — to stand with graduates, to walk across the stage and receive their scrolls, and to form with us on the parade square and raise swords as they march through the Memorial Arch”, Brigadier-General Sébastien Bouchard, RMC Commandant and Vice-Chancellor Dr. Harry Kowal, RMC Principal, mentioned in a statement.

“Our thoughts and prayers are with their families and friends,” stated Bouchard and Kowal.

The graduates will also be ensured today of their new units starting with this summer, as newly commissioned officers, ready to serve, and to begin their careers in the Canadian Armed Forces.

After obtaining the bachelor’s degree and an officer commission, new officers must serve in the Canadian Armed Forces for five to seven years. Pilots must serve seven years after they receive their licenses.

The general occupations offered to Canadian Military College graduates are:

The Science programme is a prerequisite for the following occupations:

The Class of 2020 is unique, and its members have proven their ability to adapt, more recently, by proving themselves resilient by overcoming the unique challenges of COVID-19.

It’s the latest cadre of officers who will help lead Canadian Armed Forces at home and abroad, including for ongoing domestic operations such as Operation LASER and Operation LENTUS.

“They have demonstrated they are ready for the dynamic challenges they will face as leaders in the Canadian Armed Forces,” Dr. Harry Kowal RMC Principal stated.

RMC opened its doors in 1876, with only 18 cadets. It is located on a 41-hectare peninsula in Kingston, Ontario, and on an active military base, since 1789. The Kingston Royal Naval Dockyard is also located on the site. It was an important dockyard during the War of 1812.

RMC is the only federal institution in Canada with degree-granting powers, which during training military officers, in arts, science, and engineering, in what are known as the “four pillars” of academics, officership, athletics, and bilingualism.

At the end of college, the graduates can proudly say that they received an education in both official languages for officer cadets, they developed qualities of leadership and a high standard of physical fitness, hold an awareness of the ethic of the military profession and are able to conduct research activities and to meet the needs of Defence Research Agencies.

Their education meets the unique needs of the Canadian Armed Forces.

Today, the graduates, their families, as well as the members of the RMC Community, have a good reason to be proud and to celebrate. Happy Graduation Day! 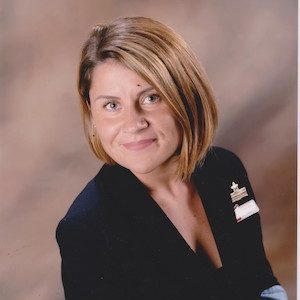 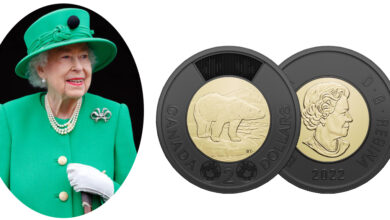