More than a year after the horrific and catastrophic discovery of the remains of hundreds of children, Canada solemnly came together on Sept. 30 for the second annual Day of Truth and Reconciliation.

“Today, we mark the second National Day for Truth and Reconciliation – an opportunity to come together to reflect on the legacy of residential schools and the ongoing impacts on Survivors, their families and communities, as well as commit to continuing the hard, but necessary work to build a better future for all,” said Prime Minister Justin Trudeau.

From 1831 to 1998, at least 150,000 First Nations, Inuit, and Métis children were removed from their families and communities and sent to state-funded, church ran residential schools. They were forced to give up their languages, culture, faith, and identity here. These schools were established all across Canada except in Prince Edward Island, Newfoundland, and New Brunswick.

Children were often physically, emotionally, or sexually abused during their time at the schools.

The Truth and Reconciliation Commission in Canada’s report: Honouring the Truth, Reconciling the Future: Summary of the Final Report of the Truth and Reconciliation Commission of Canada states, “The Canadian government pursued this policy of cultural genocide because it wished to divest itself of its legal and financial obligations to Aboriginal people and gain control over their land and resources. If every Aboriginal person had been ‘absorbed into the body politic,’ there would be no reserves, no Treaties, and no Aboriginal rights.”

This past summer, Pope Francis apologized to survivors, families, and the Indigenous Community “and recognized the abuses experienced at residential schools that resulted in cultural destruction, loss of life, and ongoing trauma for Indigenous Peoples across the country. It was a step forward in all the work that remains and a reminder that we still have more to do,” continued Trudeau in his statement.

Trudeau outlined other efforts the government has made to work towards reconciliation. These steps include: locating unmarked graves, supporting survivors, telling their stories, and that appropriate supports are available for communities. The government also updated Canada’s Oath of Citizenship to recognize First Nations, Inuit, and Métis rights. The government also introduced legislation to establish a National Council for Reconciliation to track and report on implementing the Truth and Reconciliation Commission’s Calls to Action.

Additionally, in August, the National Centre for Truth and Reconciliation leadership, Survivors, and members of Indigenous communities raised the Survivors’ Flag raising on Parliament Hill.

“The flag serves as a reminder of the government’s commitment to Survivors and future generations to never forget what happened at these so-called schools,” said Trudeau.

Trudeau also called on Canadians to realize that it is every single person’s responsibility to remember the past and show solidarity with Indigenous People.

“It is our shared responsibility to confront the legacy of residential schools and the ongoing impacts on Indigenous Peoples, so we can truly move forward together. That is why, last year, Parliament voted unanimously to establish the National Day for Truth and Reconciliation as an opportunity for all Canadians to learn more, honour the Survivors of residential schools, their families, and their communities, and remember the many children who never returned home. Reconciliation is not the responsibility of Indigenous Peoples – it is the responsibility of all Canadians. It is our responsibility to continue to listen and to learn.”

Ceremonies were held across the country on Sept. 30 to allow Canadians a chance to reflect on the significance of the day. All federal government buildings in Canada — including the Peace Tower in Ottawa — also lowered their flags to half-mast from sunrise to sunset.

Also, a national ceremony took place in Ottawa. The ceremony started with an eagle feather ceremony on Parliament Hill in front of the Peace Tower. There was also a ceremony at LeBreton Flats to honour the survivors of residential schools.

Canadians were also asked to wear orange in a show of solidarity. 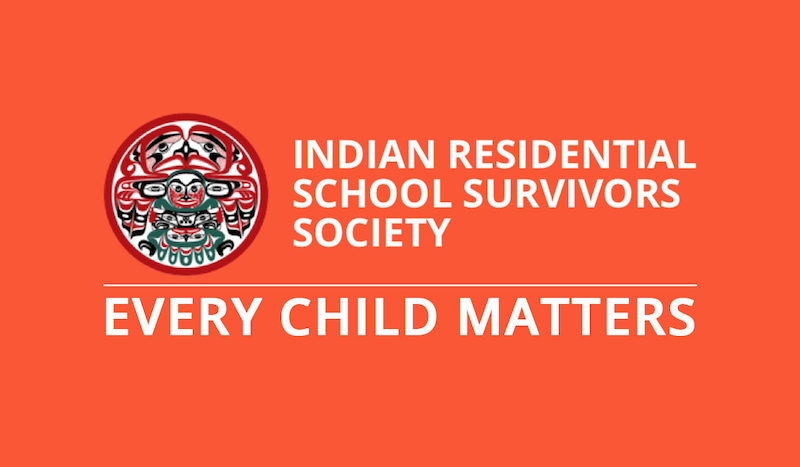 If you need someone to talk to, a National Residential School Crisis Line offers emotional support and crisis referral services for residential school Survivors and their families. Call the toll-free Crisis Line at 1-866-925-4419. This service is available 24 hours a day, 7 days a week.

The Hope for Wellness Help Line also offers support to all Indigenous Peoples. Counsellors are available by phone or online chat. This service is available in English and French and, upon request, in Cree, Ojibway, and Inuktitut. Call the toll-free Help Line at 1-855-242-3310 or connect to the online chat at www.hopeforwellness.ca.