This past Thanksgiving, Team Canada, a group of high-profile Canadians, visited Kuwait and Belfast to spread some cheer to troops far from their families during the holidays.

The group comprised of comedians, singers, former NHL players and CFL players. Also, part of the group was Arlene Dickinson, entrepreneur, author and TV personality on the show Dragon’s Den.

“There’s a lot of pride and respect I have for our troops and what they’re doing and the hard work and dedication for protecting not only our rights and freedoms but helping other countries to live in peace and have the freedoms that they should have. I have a ton of respect for the military and the role we play on the international stage. So for me it means a lot, it represents who we are as Canadians,” said Dickinson.

Team Canada’s first stop was in Belfast, Ireland aboard the HMCS Winnipeg. Here the group toured the ship and had dinner with the troops.

“We get to talk individually to all these fantastic human beings,” said Dickinson.

There was also a performance by stand-up comedian Brian Stollery and country singer Kiera Isabella. 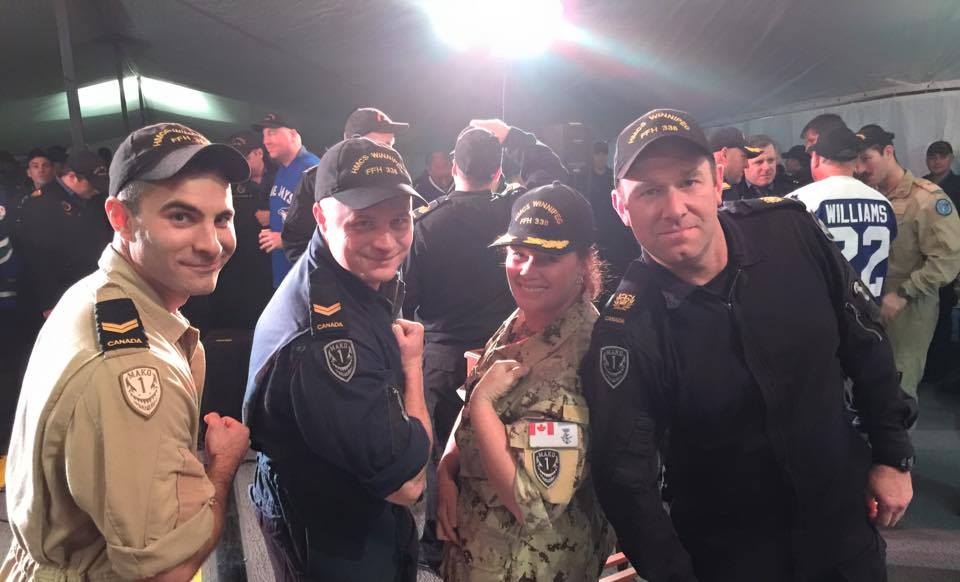 The next stop was a quick visit to Kuwait. The Team arrived on the 12th and left the next day. They visited both the air field and the base and got a chance to learn more about what the troops are doing to support the mission against ISIL. Also, the Team played ball hockey, had a BBQ and held two concerts, one at each base.

“It’s very poignant to be away from your family and your country on Thanksgiving and to see how much all of these soldiers and sailors miss their families. What stuck out to me the most was how grateful they were to their families and the support they have. That really left an impression on me because they were giving gratitude for what they had in terms of support,” recalled Dickinson.

Dickinson has been part of five Team Canada trips, two to Afghanistan and three to Kuwait.

“Every time I go I get a renewed sense of empathy and understanding for what they’re doing every day. It’s an overwhelming sense of support for the men and women who protect us, and I’m really grateful,” said Dickenson.

Team Canada was an initiative started by Gen. Rick Hillier in 2006 to boost the morale of troops while engaging high profile Canadians to learn more about the various missions.

“He wanted to have high profile Canadians that would be informed about the mission and not just the media so they could become ambassadors of the Canadian Forces. It’s a platform to show they support them, it [the mission], but also at the same time represent the country,” said Louise De Roche a spokesperson for the CAF.