Eight Rotations have dutifully guarded the Tomb of the Unknown Soldier as part of this year’s National Sentry Program (NSP). On Sept. 28, rotation nine, comprised of the Army 4th Canadian Division, stepped in to take their turn to participate in this honourable service.

The new sentries typically spend the first-week training, doing drills to ensure they are in step with their partners. The sentries must look sharp and in-tune while they stand guard in the public eye. Each rotation serves for roughly four weeks.

The members of Roto Nine will remain in Ottawa until the final rotation of the 2015 NSP season takes over on Oct. 22. Roto 10 will be the only tri-service rotation of the season comprising of six Army, six Navy and six Air Force members.

The NSP season begins on April 9, Vimy Day and runs until Nov. 10 the day before Remembrance Day. The NSP program dates back to 2007, but the program expanded to include rotations of members from all branches. This new NSP program began in 2014 but only comprised of four rotations. This year is the first full year. 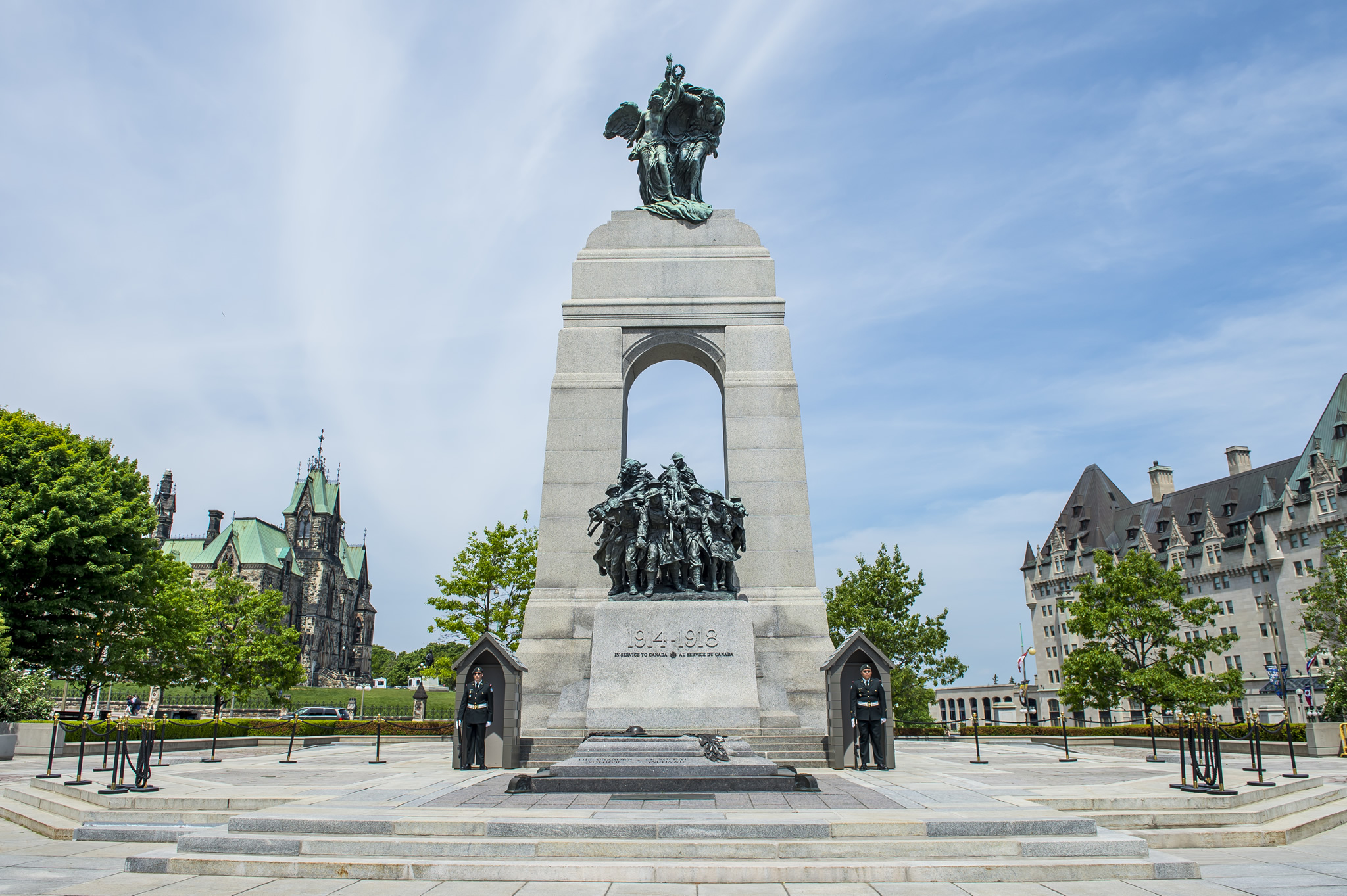 The program was inaugurated to raise awareness regarding the importance of Tomb of the Unknown Soldier.

“A former Canadian military dentist happened to be going across the plaza late at night on a Canada Day, and there was a young man urinating on it that was drunk. And that was the catalyst to begin the program. We aren’t there 24 hours a day, 365 days but by creating the program we have sentries guarding the Tomb of the Unknown Soldier drawing attention to the fact that this is a very hallowed, respected and dignified place,” explained Lt. David Lewis of the NSP Program.

One of the few lucky members of the CAF given the opportunity to honour the Tomb of the Unknown Soldier was Mater Corporal Mathew Hird. Hird was a part of Roto Eight, a rotation of Air Force members.

“My experience overall was great, the public were amazing to talk to and they had a lot of question about what the monument stood for and of course who the Unknown Soldier was,” said Hird.

Hird was selected to be a part of the Ceremonial Guard by his MWO.

“It meant a great deal to me to be selected for this duty. It’s a very high priority operation, you are in the public eye every day, and you need to be your best. It gave me pride whenever I marched up to the tomb, knowing what it stood for and I knew that this monument stood for every soldier that has been and will be,” explained Hird.

Hird was in Ottawa as an NCM of the posting.

“Highlights of my day were at the top of the hour when I got to post new guards and relive the ones that have been up there. When we had a big crowd it gave me energy to do my best, I would feed off the energy of the crowd,” noted Hird.

There’s no doubt in Hird’s mind whether he’d go back given the chance.

“Yes, I would go back. My time on ceremonial guard will be with me forever. It was an experience you can’t get anywhere else,” said Hird.

Top Photo: Royal Canadian Navy personnel from Roto 2 of the National Sentry Program gather at the Tomb of the Unknown Soldier in Ottawa in May 2015.