This afternoon, the Department of National Defence’s Airworthiness Investigative Authority issued a preliminary From the Investigator (FTI) report concerning the May 17, 2020 Snowbirds accident in Kamloops, B.C.

According to a Canadian Armed Forces press release, in reviewing video footage recovered for the investigation, it revealed a bird in very close proximity to the aircraft’s right engine intake during the post-take-off phase.

The flight safety investigation will focus on environmental factors (the bird strike) and the escape system’s performance, as is the case in all accidents involving ejections.

“After take-off aircraft CT114161 was observed gaining altitude and departing the formation. Shortly thereafter, the aircraft initiated a left turn, followed shortly by an abrupt steep nose low attitude. Both occupants subsequently ejected from the aircraft,” stated the preliminary report.

The preliminary report does not provide full details surrounding the accident but rather indicated the areas of focus for the investigation, which is currently underway, as the report is a brief summary of the circumstances and factual information that is known at this time.

“During any Flight Safety investigation, we focus on completing a thorough, accurate and professional investigation. While we might quickly understand what happened in an accident, the most difficult work of an investigation begins as we peel back the layers to understand why and how this happened. We are laser-focused to understanding everything we can about the accident so we can recommend effective preventative measures to help reduce the risk of future occurrences,” stated Colonel John Alexander, Director of Flight Safety and Department of National Defence’s Airworthiness Investigative Authority.

The press release noted Flight Safety Investigations are conducted to ensure CAF personnel can continue to have confidence in the equipment and procedures.

At this time, the CT-114 Tutor fleet has been on an operational pause, a temporary cessation of flying operations, since the accident occurred.

All the aircraft will remain in Kamloops until the established process has been completed.

“Our thoughts remain with Captain Jenn Casey’s family, the Snowbirds, and the Public Affairs Branch. I’m relieved to see that Captain Richard MacDougall has returned home and we wish him well in his continued recovery. To the City of Kamloops, the first responders, and the surrounding communities, you have shown our RCAF family the goodness of your hearts. We will not forget your support and kindness – my sincerest thanks. The Snowbirds continue to represent the professionalism, discipline and sense of team that are hallmarks of our institution. We are committed to safely returning them to the skies in due course,” Lieutenant General Al Meinzinger, Commander Royal Canadian Air Force.

The Royal Canadian Air Force is conducting a thorough risk assessment, with the goal of returning the fleet to flying operations. 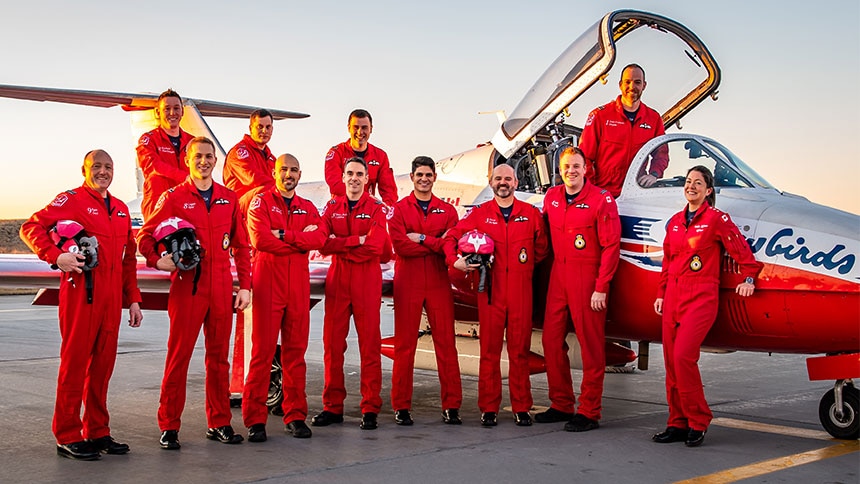 “One of the aims of the Flight Safety program is to investigate such occurrences with the objective of quickly identifying effective preventive measures that will either prevent or reduce the risk of similar occurrences in the future,” stated the press release.

At the time of the accident, The Canadian Forces Snowbirds were deployed on Operation Inspiration, a cross-Canada tour to lift Canadians’ spirits and salute front-line workers during the COVID-19 pandemic.

The press release noted the operation has been delayed indefinitely.

Read the preliminary From the Investigator (FTI) report here.