To honour and celebrate Canadian Armed Forces heritage and personnel well known Canadian artists will perform in a streamed concert tonight at 7 p.m. (EST) on YouTube.

“Each year, on the first Sunday of June, we celebrate Canadian Armed Forces Day, an opportunity to recognize the immense dedication, selflessness, and compassion demonstrated by those who answer the call to serve,” stated the CFMWS website.

MOON Vs. SUN is a new collaboration between Canadian couple Raine Maida (frontman with Our Lady Peace) and Chantal Kreviazuk.

According to their website, they “are starting a new era of music which promises to be fearless. Writing together on their own project for the first time, they touch on the depth of their lives and partnership in a lyrical honesty rarely explored, while creating music based on their most profound influences – Joni Mitchell, Leonard Cohen, and Neil Young.”

In a statement to mark the day, Governor General and Commander-in-Chief of Canada Julie Payette noted, “Throughout our history, members of the Canadian Forces have been there in times of need. They have deployed on missions in every corner of the world and right here at home. Just now, many of them are fighting a very different enemy—an invisible enemy—working alongside the front-line health workers, lending a hand in the efforts to stop the spread of COVID-19. Many thanks to them for their flexibility and invaluable assistance in the face of this unprecedented crisis.”

Regarding families, she added, “I would also like to take this opportunity to express our heartfelt gratitude to every military family across Canada. Their resilience and unwavering support is the rock that holds it together for our military personnel and allows them to perform at their best, as they protect and defend our liberties.”

Canadian Armed Force Day is celebrated on the first Sunday of June. It was established on April 25, 2002, and is a day to celebrate Canada’s armed services, heritage, and personnel. However, it is not a public holiday.

“To mark Canadian Armed Forces (CAF) Day this Sunday, June 7th and to honour and celebrate the men and women who serve, Veterans and their families, join a roster of all-star musical talent at the CAF Day 2020 Virtual Concert. Presented by the Canadian Forces Morale Welfare Services and powered by BMO, the online show features top Canadian artists, including multi-platinum, Montreal-based rockers Simple Plan; Canadian rapper, record producer, DJ, and record executive Kardinal Offishall, the new collaborative project from Raine Maida and Chantal Kreviazuk, MOON VS. SUN, and more. It’s music and entertainment that helps us cope in these uncertain times so join us if you can,” said MGen ret’d David Fraser on behalf of BMO.

Visit this YouTube link to watch the concert tonight.

According to the CFMWS Facebook page, the concert will be available to stream for 72 hours. 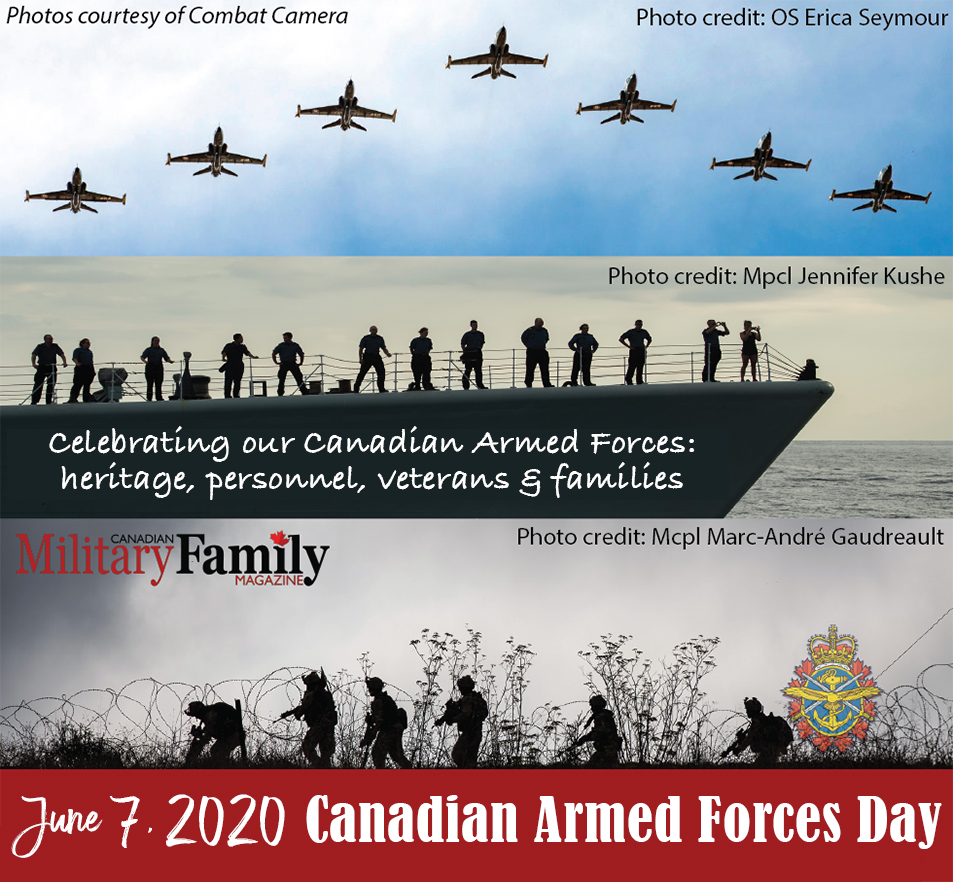 Happy Canadian Armed Forces Day, and thank you for your service – to all our CAF personnel, veterans, and families!