Today, February 15th, is National Flag Day, and Canadians are encouraged to participate in a photo challenge.

According to the Government website, Canadians are asked to post a picture or video alone or with friends holding a Canadian flag.

“Whether it’s a group shot or a selfie — with your feet in the snow or in the sand, inside or outdoors — come together and show your pride in our national symbol,” stated the website.

Suggestions for the image include:

When it comes to the history of the Canadian flag, it was known as the Great Canadian Flag Debate, which began in 1963 when Prime Minister Lester Pearson was elected. The topic was then raised in the House of Commons in June of 1964.

At the time, there were three designs up for debate. One of the designs was brought forward by Liberal M.P. John Matheson. His design was created by his friend Dr. George Stanley, the dean of arts at the Royal Military College of Canada (RMC).

The design was considered elegant and free of any controversial references that were found in both the Red Ensign and the Pearson Pennant.

Later that year, on the 15th of December, Stanley’s design was officially approved. Her Majesty Queen Elizabeth II approved the design in January of 1965, and the official flag was flown across Canada at noon on February 15th, 1965.

On the first Flag Day at RMC, all of the officer cadets and military staff formed on the parade square to witness the raising of the flag.

The Red Ensign was lowered from the mast for the last time to the sounding of a bugle. At the second sound of the bugle, the new national flag of Canada was raised across the country for the first time.

At the stroke of noon on February 15, 1965, Canada’s red and white maple leaf flag was raised for the first time on Parliament Hill. On the same day in 1996, National Flag of Canada Day was declared by Jean Chrétien, Prime Minister of Canada.

In his official declaration, Chretien said, “Although simple in design, Canada’s flag well reflects the common values we hold so dear: freedom, peace, respect, justice, and tolerance. Let us be proud of our flag! Let us recognize how privileged we are to live in Canada, this magnificent country that encompasses our history, our hopes, our future.”

About the National Flag of Canada

Find out more about the history of the National Flag of Canada, and the flags that preceded it. Want to use the Canadian flag for a celebration? Follow the do’s and don’ts when displaying the flag. Visit here to read more. 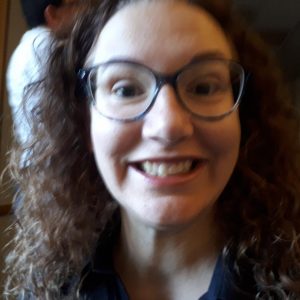