Being a toymaker for decades, Chien had a garage full of both supplies and her creations. After conversations with her neighbour, a reservist in the CAF, Chien realized that the lifestyle for military families can often be most challenging for children.

Chien, herself, is no stranger to displacement. Her life experiences are what fanned her curiosity to create toys. Growing up in China in the 1950s, Chien remembers people had barely enough food, let alone toys. She was fortunate, however, to receive a German teddy bear from her mother as a child. Though she lost the bear through her moves, she always remembered the love she had for it and said that caused her “imagination to sort of fire up.”

Hoping that the teddy bears she had created could give the same hope to children in the military, Chien reached out to the TMFRC. 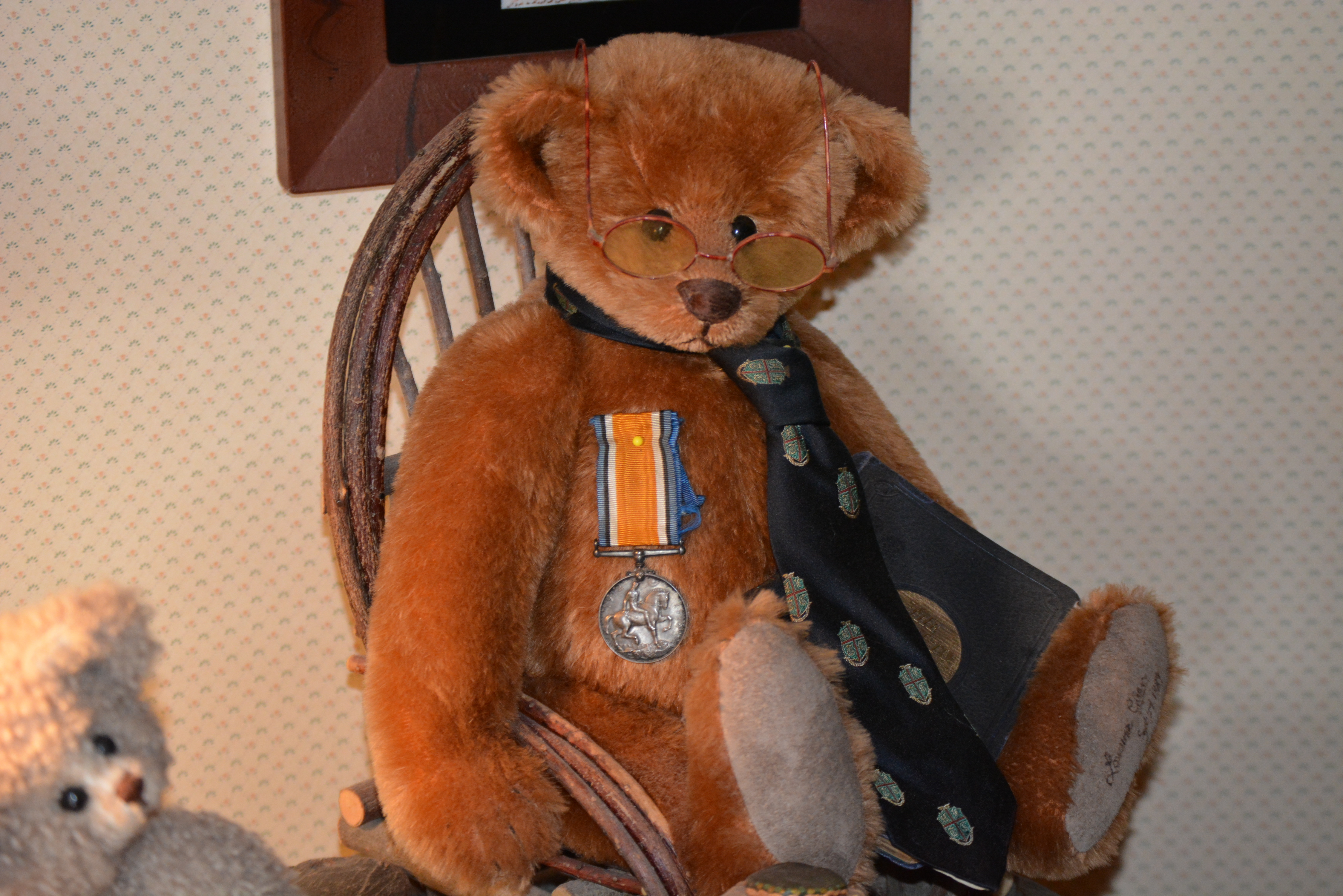 “When I first met with Lorraine back in September we talked about who the MFRC served, the range of programs and services we offered, and the unique lifestyle of the military family. We agreed right away that the teddy bears she has provided would be something that we would offer to the children of a military member when mom or dad is being deployed. They’ll also be available to families with children as they post in to Toronto as a means of helping to make the transition a little easier,” said Shawn Thompson from the TMFRC.

But Chien has something more in mind than just finding a loving home for the teddy bears. Chien’s biggest incentive for the donation was that the bales of plush and raw materials could turn someone else’s dreams into reality.

Learning about the challenges military families face, Chien realized that military spouses can often have a hard time finding jobs. So, Chien has even offered to give classes at the TMFRC to share some of the tricks she’s learned over the years as a self-made toymaker.

Chien began making toys from scraps for her own amusement and without any formal training. In 1962, due to political persecution, Chien and her family were forced to flee the country. Her family was one of 100 families accepted to Canada. The family was sent to Manitoba.

However, her father was unhappy there and only after ten months took the family to Hong Kong. Chien, on the other hand, was so moved by the compassion of the people in Canada that she swore to come back one day.

After high school, Chien returned to Canada and made a life for herself here. She recalls her children were a good excuse for her to continue making teddy bears and dolls. Her business venture as a toymaker, however, didn’t begin until 1983 after an antique store owner showed interest in her work. She was asked to make teddy bears for the antique store.

Soon she began attending local craft shows to showcase her work. It was at one of these craft shows, in 1993, that Chien was discovered by a Canadian gift company. The company and Chien began collaborating to create uniquely designed teddy bears sold worldwide. It is these “Cottage Collectible” bears that are being donated to the TMFRC.

“People say it’s an inspiration story, but I say that’s just my life. I’m just a simple person, never imagine in my wildest imagination the bears would take me this far,” said Chien.

The TMFRC is appreciative of the support Chien has showed.

“We are very grateful to Lorraine for this donation. I am confident that the children of our military members will have some new “special friends” that they will enjoy very much, and they will create some outstanding arts and crafts pieces with the other materials we now have that otherwise would not have been possible. I think it’s a great example of someone from outside the military community showing tremendous support for our military families,” said Thompson.