From the last Friday of October to November 11, every year, millions of Canadians wear a Poppy as a visual pledge to honour Canada’s Veterans and remember those who sacrificed for the freedoms we enjoy today.

While the Poppy is distributed freely to all who wish to wear one, the Legion gratefully accepts donations to the Poppy Fund.

The Poppy Campaign is a local initiative, conducted by Legion Branches in cities, towns, and communities across the country. Donations collected during the Poppy Campaign are held in Trust at the branch level to directly support Veterans and their families within their community and help ensure Canadians remember those who serve and have served.

This year, the Royal Canadian Legion has partnered with HSBC Bank Canada to make it safe, secure, and easier than ever to donate and wear a poppy with touchless HSBC “Pay Tribute” tap-enabled donation boxes.

“We’re really excited because it gives our donors a chance to donate in touch-free contactless environment, which coincides well with the circumstances that we find ourselves in, in terms of the pandemic. This box was also a response to the fact that more people are carrying less cash around, and we were looking at opportunities to develop something that would be a tap and pay solution,” informed Nujma Bond, communications manager at the national headquarters of the Royal Canadian Legion.

Amongst the traditional poppy boxes found coast to coast, a total of 250 HSBC “Pay Tribute” donation boxes will be distributed nationally across the HSBC Bank Canada branch network starting Friday, October 30, and within select Royal Canadian Legion branches and other locations.

Bond says most of these locations are HSBC bank branches, some Legion branches in Ontario, and a few other retailers helping pilot the project. Bond says they hope to expand the pilot program to more locations across the country in the future.

To use these new boxes, people can walk up to the Pay Tribute box with their tap enabled device or card from any institution, and each time they tap on the red poppy, they will donate $2 to the poppy trust fund. If they want to donate more, they would simply tap more times.

Bond further expressed the excitement around this partnership with HSBC bank Canada, because it allows them to offer a touch-free donation option to Canadians this year. Since it is the year of a pandemic, it’s a great option to have.

Some examples of where the funds are donated every year are: providing emergency support for veterans; if they’re in need of food or shelter or experiencing homelessness, the legion can assist them with that. They also have service officers across the country who assist veterans with filling out many forms to receive the benefits they’re entitled to through Veterans Affairs.

This year, over 30 partners are helping the Royal Canadian Legion by allowing them to place about 25,000 traditional poppy boxes around the country. This way, Canadians will still see many traditional boxes in the usual places that they’re used to seeing them, and they will be able to donate change at those boxes and receive a poppy as per usual.

Bond says they’re hoping that Canadians will be as generous as they normally are at this time of the year because what they donate goes into the poppy trust fund. The poppy trust fund is a fund that allows branches across the country to do the critical work that they do to support our veterans.

Some examples of where the funds are donated every year are: providing emergency support for veterans; if they’re in need of food or shelter or experiencing homelessness, the legion can assist them with that. They also have service officers across the country who assist veterans with filling out many forms to receive the benefits they’re entitled to through Veterans Affairs.

“Another thing that we help veterans with is challenges. They may be facing with respect to mental health or operational stress injuries. We can help them with that on a number of levels, including offering programs that they can attend. One example is Operation Vet Build, and that’s a program whereby veterans can get together in a peer support type of environment and build actual models of planes or trains or whatever they wish,” Bond commented.

Along with Pay Tribute and traditional boxes, Canadians can go to www.MyPoppy.ca and download a Digital Poppy to complement the traditional lapel poppy.

All funds raised through MyPoppy.ca are directed to the Legion National Foundation, which supports initiatives that further Veterans’ health and wellness, connect youth and children to Veterans’ contributions, and provide students with scholarships and bursaries to pursue their education. 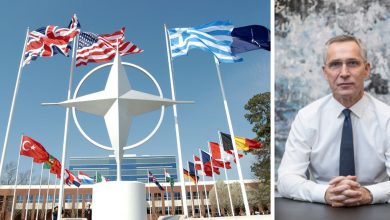